Okay, I really tried to incorporate a bad pun on that one, but we should all know by now that's not my forte.  Anyway that terrible attempt at a pun is a reference to one of this week's two major releases: The Legend of Zelda: Majora's Mask 3D.  Ever since Ocarina of Time 3D came out I was hoping that Nintendo would give Majora's Mask the same treatment and so far they haven't disappointed.  Granted I never finished Majora's Mask on the N64 so I'm trying to remember how everything falls into place without rewinding time every ten minutes, but I'm getting there...slowly but surely (get it, using the Inverted Song of Time slows time...okay, I'll stop now).

The other major release this week was Monster Hunter 4 Ultimate on the 3DS.  My only other MH experience was the 3DS demo for Monster Hunter 3, and I was entirely lost because, if I recall, the demo didn't really help me all that much and I was left to fend for myself.  I was really confused as to why, no matter how many times I attacked the main target it would never go down.  The demo for Monster Hunter 4 was much better and actually gave me the feeling that I knew what I was doing.  Even still, I feel as though the MH franchise isn't for me.  Not saying I didn't enjoy the demo, but it's not something I personally could see myself getting into.

Other arrivals this week see ACE COMBAT Assault Horizon Legacy + and 3D Fantasy Zone on the 3DS, as well as Blek and Breath of Fire on the Wii U.  Sale-wise we have select Ubisoft games on sale for up to 70% off on the Wii U and a couple of Disney games on the 3DS for 33% off (Big Hero 6: Battle in the Bay and Frozen: Olaf's Quest).  Hit up the press release for more sales and offers. 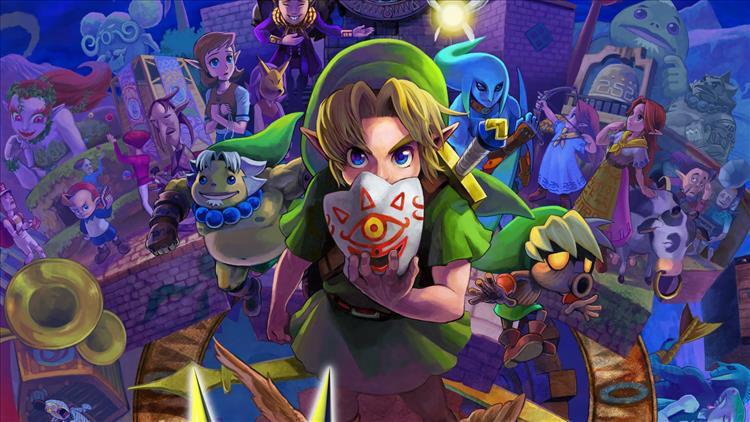 In The Legend of Zelda: Majora's Mask 3D, a masked Skull Kid drags Link into the world of Termina, where the moon is falling from the sky. (Photo: Business Wire)