Mass Effect [untitled] - from the files of 'Of Course It Does'

We still don't know what the next Mass Effect game is going to be called.  No doubt, the folks at BioWare are telling themselves it's going to have some non-traditional title that makes people think, but I think we all know it will just be called Mass Effect 4.  Maybe it will have some deep subtitle.  Maybe.

Another vaguely cynical thing that I feel like I need to be mildly snarky about this morning is the news that popped up on IGN that Mass Effect 4/[untitled] will have a multiplayer component.  What it will be is something we don't know, but BioWare is looking for a producer according to this Tweet from Senior Development Director, Chris Wynn.

Will it be more wave-based co-op, or full-on competitive multiplayer?  Hopefully, whatever it is, it doesn't suck. 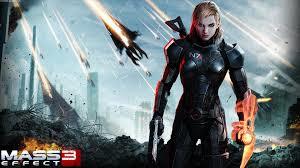