This week's Nintendo Download is certainly packed with variety. First up we have a pre-release demo of Monster Hunter 4 Ultimate, so if you've been curious about the Japanese phenomenon or just want something for your shiny New 3DS XL next week, this is a nice free taste.

Meanwhile Moon Chronicles drops its next three episodes today, at $4.50 apiece or $9 for all three. On the Virtual Console you can also grab Game and Watch Gallry 3, for some very, very retro nostalgia.

Switching gears to the Wii U, there's a new Majora's Mask themed DLC pack for Hyrule Warriors which will run you $7.99 for new costumes and the chance to play as Young Link and Tingle. I'm sure you've all been waiting with feverish anticipation for Tingle.

The Wii U Virtual Console is getting some Namco love with classics like Dig Dug and Mappy Land. There's also a digital sale on Ubisoft games and a few deals on SponegeBob titles, in time for the new movie. Like I said, variety. 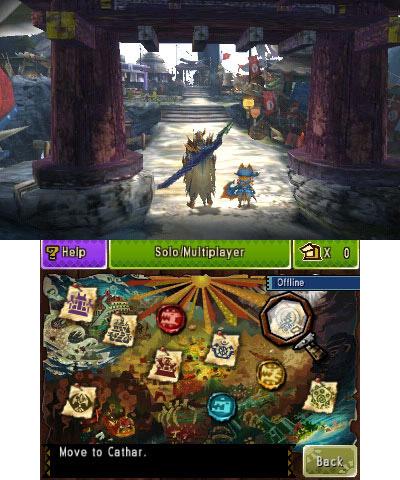