The current Humble Bundle has some of the best Star Wars games ever released.

Every single one of these games is worth a purchase on its own, but to not get them all for $12 is just sinful. Act quickly however, these sales don't last forever! 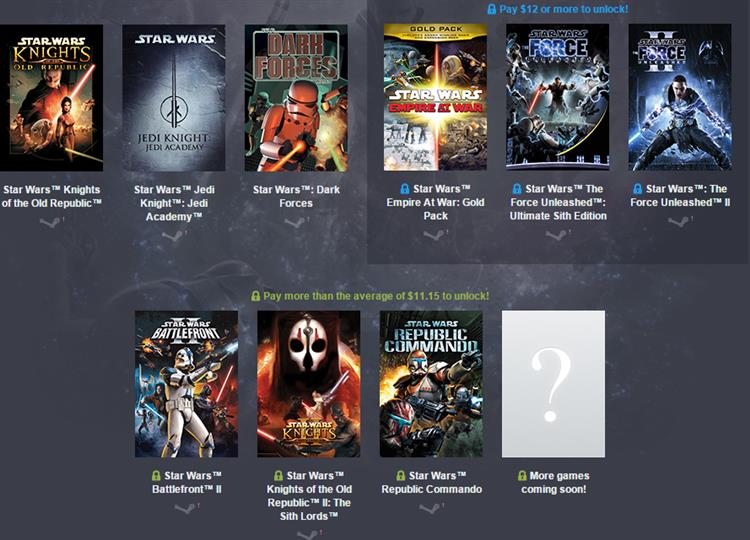