I can't wait until the game has released footage that I can watch in slow motion in order to find every little detail there is to find. I honestly don't know if I've ever been this excited about a game. My pre-Skyrim excitement was pretty high, but this is pushing it.

Design director Niklas Fegraeus has revealed a little bit more about the direction DICE is taking Battlefront in . First off, some details about the maps and game modes.

"The scale of our maps and modes offer a great variety. We have actually made the decision to specifically tailor certain maps to certain game modes and what we get from that is not only incredibly varied scales, but also gameplay that will allow players to live out some of their most memorable Star Wars battle fantasies."

This harkens back to something that was said in the trailer, that Star Wars belongs to everyone that is a part of the fanbase. And it's true; Star Wars has been around for so long and is such a vivid universe, that everyone seems to perceive it in their own way. Building on this, Fegraeus had a little to say about the intense levels of expectation for the game.

"Perhaps the hardest part about bringing the franchise back is managing expectations. Star Wars fans, including ourselves, are incredibly passionate about the universe. Each of us have our own personal favorites. However, with the talent we have here at DICE, the Frostbite technology at our fingertips, and the fantastic working relationship we have with Lucas, I believe we will deliver a Star Wars experience that excites fans around the world and gives them the chance to play out battles in some of the most iconic locales in the series history.”

The game will be officially revealed this spring, so let's all hold hands and try not to have excitement-borne shivers until then.

Also, check out this hi-res concept art from IGN. 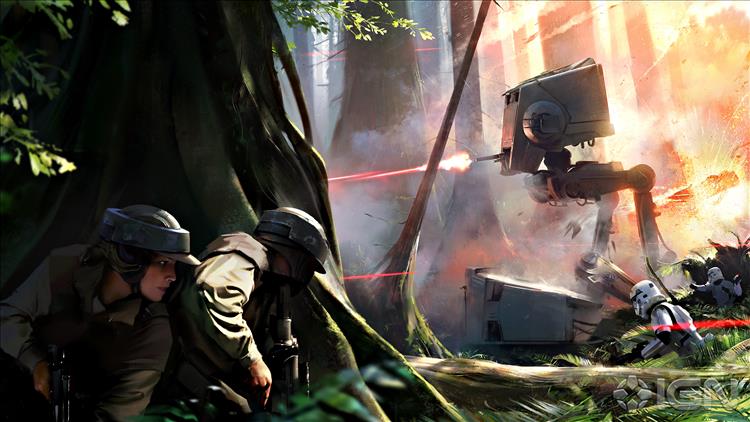