A while back if you wanted to find a copy of Metroid Prime Trilogy for the Wii, you'd likely have to pay a somewhat steep price on eBay.  If you have a Wii U that's no longer the case, unless you just want a physical copy for your collection in which case I don't blame you.  If you just want the game regardless of whether it's physical or digital, the Wii U's eShop now has Metroid Prime Trilogy available for purchase for a regular price of $19.99, but it's currently on sale until 9am PT on February 5th.  This is a great way to get Metroid Prime, Metroid Prime 2: Echoes, and Metroid Prime 3: Corruption all in one package, so to speak.

Other big releases include Gunman Clive 2 and a demo for Code Name: S.T.E.A.M. on the 3DS as well as Shadow of the Ninja for the Wii U and 3DS Virtual Consoles.  We're also in the final week of the Throwback Sale where you can save up to 50% on select games from past and current Nintendo consoles.  For more sales and deals this week, check out the official press release. 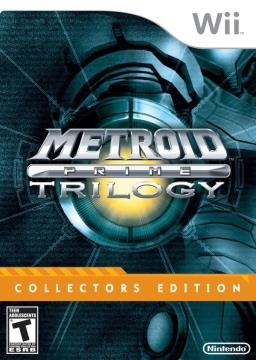