"It may well end up being that VR is more about film than video games," says Oculus Rift's vice president, Nate Mitchell. The Xbox One receives an Emmy Award. And, as an excellent response to a 2014 Holiday season jammed with glitchy releases, Rockstar is delaying GTA V's PC launch from Jan. 27 to Mar. 24 to apply more polish.

Sean Colleli, staff writer, @scolleli
I'll be wrapping up Resident Evil: the HD remake of the GameCube remake for my review. I'm also going back to The Legend of Zelda: Ocarina of Time 3D so I can finish that in time for Majora's Mask 3D next month. I might also check out the Wii U Throwback sale and see if there's anything good to add to my Virtual Console collection.

Randy Kalista, staff writer, @RandyKalista
A brief foray into the world of The Witcher 2: Assassins of Kings halted my progress into Dragon Age, but I'm back into Origins now. Origins has really opened up for me — now that I realize how much of the game really takes place in the menus, glossary, and mission log, and not just in the gameworld itself.

Rob Larkin, staff writer, @Rob_GN
I'm tossing around the idea of starting a new Career Mode save after the FIFA 15 January player update, so I'll get back into FIFA after that hits. I've been playing Killzone: Shadow Fall a lot lately and will probably continue in that vein this weekend and probably also start up inFAMOUS: First Light, the free PSN game for this month. I also downloaded the trial for Destiny and will probably hit level seven this weekend to end that little run. The gameplay is a lot of fun, but I'm not taking the plunge on that one anytime soon.

Michael Passalacqua, staff writer, mpassalacqua@gamingnexus.com
Another weekend, another weekend spent playing Dragon Age: Inquisition. I'm convinced at this point that anyone who has said that they've beaten it is lying. The game doesn't end. It will never end. 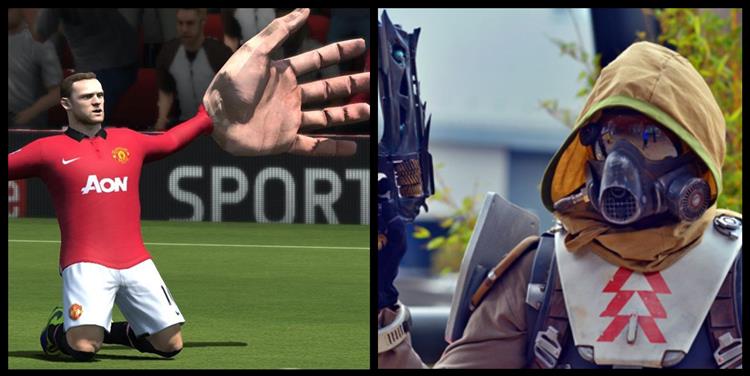