2,602,377 dragon have been killed in Dragon Age: Inquisition so far

It seems like we all love Dragon Age: Inquisition - and rightly so because it's a fantastic game.  However, despite having "dragon" in its name, dragon slaying is only really a side quest, albeit one with top-tier rewards.

Earlier, BioWare tweeted an infographic detailing a handful of dragon-killing stats.  For example, 58% of all dragons in Orlais have been killed, the very first dragon you come across - the Ferelden Frostback - has been killed the most, and it follows that the least killed dragon is indeed one of the last you'll typically encounter - the Highland Ravager in Emprise du Lion.

Check out the infographic for more details. 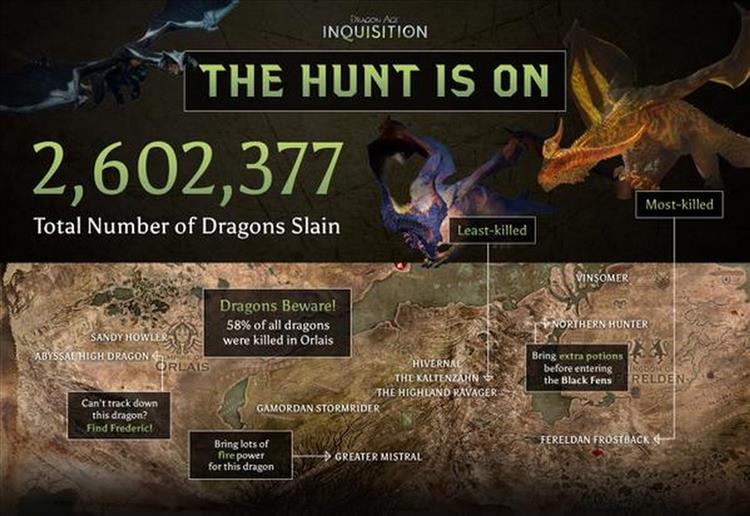