Ign.com tweeted earlier tonight that Far Cry 4 had been removed from the Xbox One store.  To make things worse, there are reports that Xbox One gamers have faced issues playing their digital copy of Far Cry 4.  Why?  Well, as of right now, no one seems to know.  The closest explanation right now is that it's simply a glitch.  Ubisoft is not currently saying much beyond that.

I smell a conspiracy.  Clearly Pagan Min is working with North Korean hackers to keep the game's anti-Kyratti propaganda from reaching the public and Microsoft has fallen right into the trap. 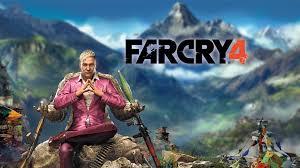