The sniper exclusive mode, titled "One Shot", will test the sniper skill of players and feature five classes to choose from. Each class, designed with the help of Call of Duty professional Matthew 'NaDeSHoT' Haag, is equipped with the MORS bolt-action railgun sniper, various perks and abilities, but doesn't include a secondary weapon.

One Shot will feature less health for gamers who will work in teams of five to take on the new mode and "make each shot count". Those playing this weekend Friday, December 26 through Monday, December 29 will receive double XP.

For more on the latest installment in Activision's blockbuster first-person shooter, check out our review. 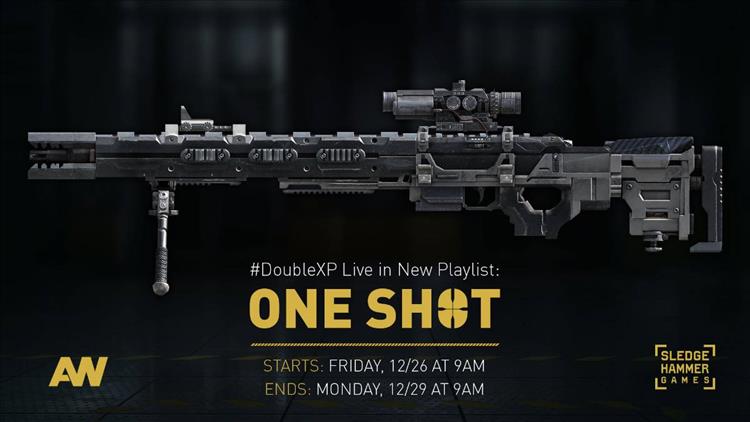