Seems like every few months there's a reason to have a Mega Man month...not that I'm complaining mind you.  While this isn't really a Mega Man month, this week saw the blue bomber's 27th anniversary and with it some sales in the eShops.  This sale will run through December 22nd and sees Mega Man II, III, and IV on the 3DS for $1.49 each, while over on the Wii U we have Mega Man 5 and 6 for $2.49 each and Mega Man 7 for $3.99.  This week also sees the launch of Mega Man Zero on the Wii U's Virtual Console.

This week also sees the launch of Natsume Championship Wrestling on the Wii U's Virtual Console.  Yep, back during the 80's and 90's we had wrestling games that weren't just WWF and WCW.  Sadly back then I wasn't really into wrestling...and until I posted this I hadn't even heard of this one so I might have to look up some info to see what it's like.

In other sales news there are quite a few sales going on with both eShops through January 1st including games like Art of Balance and Nano Assault Neo, plus SteamWorld Dig will be 50% off until January 1st on both systems.  Little Inferno will be $4.99 until January 1st over on the Wii U and 1001 Spikes, VVVVVV, and other Nicalis games are on sale through January 5th on the 3DS.  If you're looking for a new game to pick up for the holidays, there's plenty to choose from.

Also, Duck Hunt will hit the Virtual Console on December 25th.  Um...yeah.  Time to break out the Wii Zapper again. 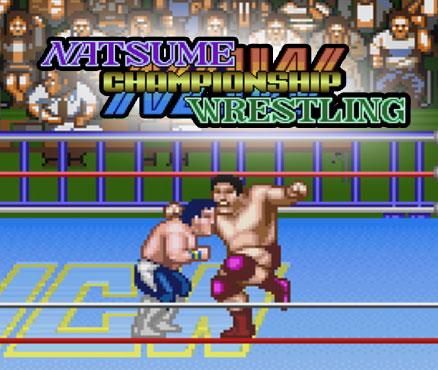 Choose between 12 wrestlers, each equipped with dynamic moves, and jump into the ring for some fierce competition in Natsume Championship Wrestling. (Photo: Business Wire)