Windows 10 looks like it will have an Xbox app

A leak of a new version of Windows 10 is shown to have an Xbox App. Reported by The Verge, the version looks to have Cortana integrated into the operating system and the addition of the Xbox App.

The Xbox App will let you look at your achievements, friend's list, feeds, and browse the store. It's still pretty early in development, but you get a sense of what Microsoft is looking to achieve. You can get more screenshots courtesy of The Verge. 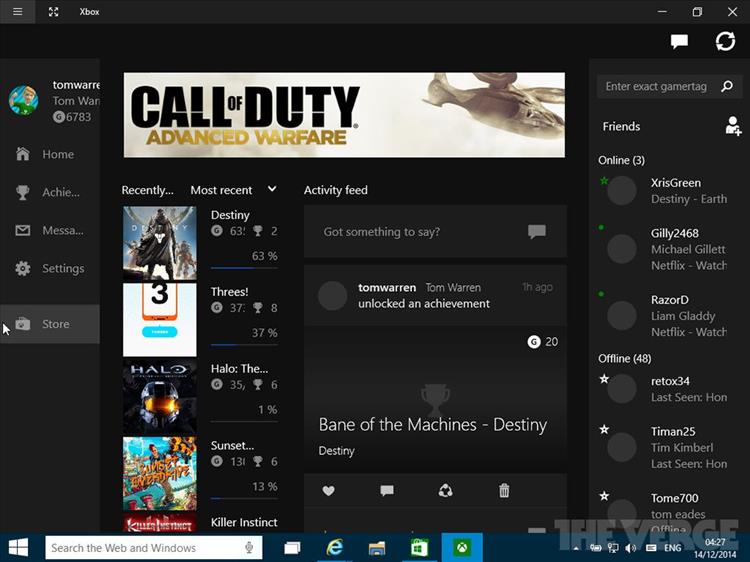