This week's go at Fifa 15 FUT TotW has probably what will be the most sought after player in this year's season.  The monster himself, Cristiano Ronaldo has hit the team finally with the big news being that he is an in form ST, with a huge rating of 94.  CR7 made the team for yet another hat trick performance, which broke the record for hat tricks in La Liga and netted him his 200th in the league.  Along side him up front is everyones favorite Swede Zlatan Ibrahimovic,  the PSG front man comes in at a 91.  And capping out my best of the team this week is Mats Hummels of Borussia Dortmund and World Cup winning Germany.  Check out the full team and subs below. 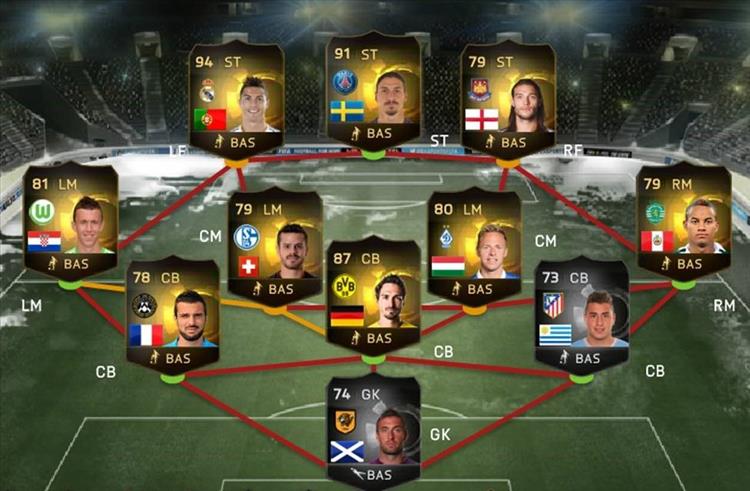