This War Of Mine gets a new update and some interesting player stats.

This War of Mine recently hit Steam and it is a gigantic hit. The indie studio already recouped their development cost and it only took them two days to do so. Very awesome!

The team at 11 but studios has also put together a nice info graph of some player stats since launch. The one I find interesting is that out of all the players that have the game, only 11% have seen the end of the war. There was also a player apparently that had a 15 hour, 58 minute session. 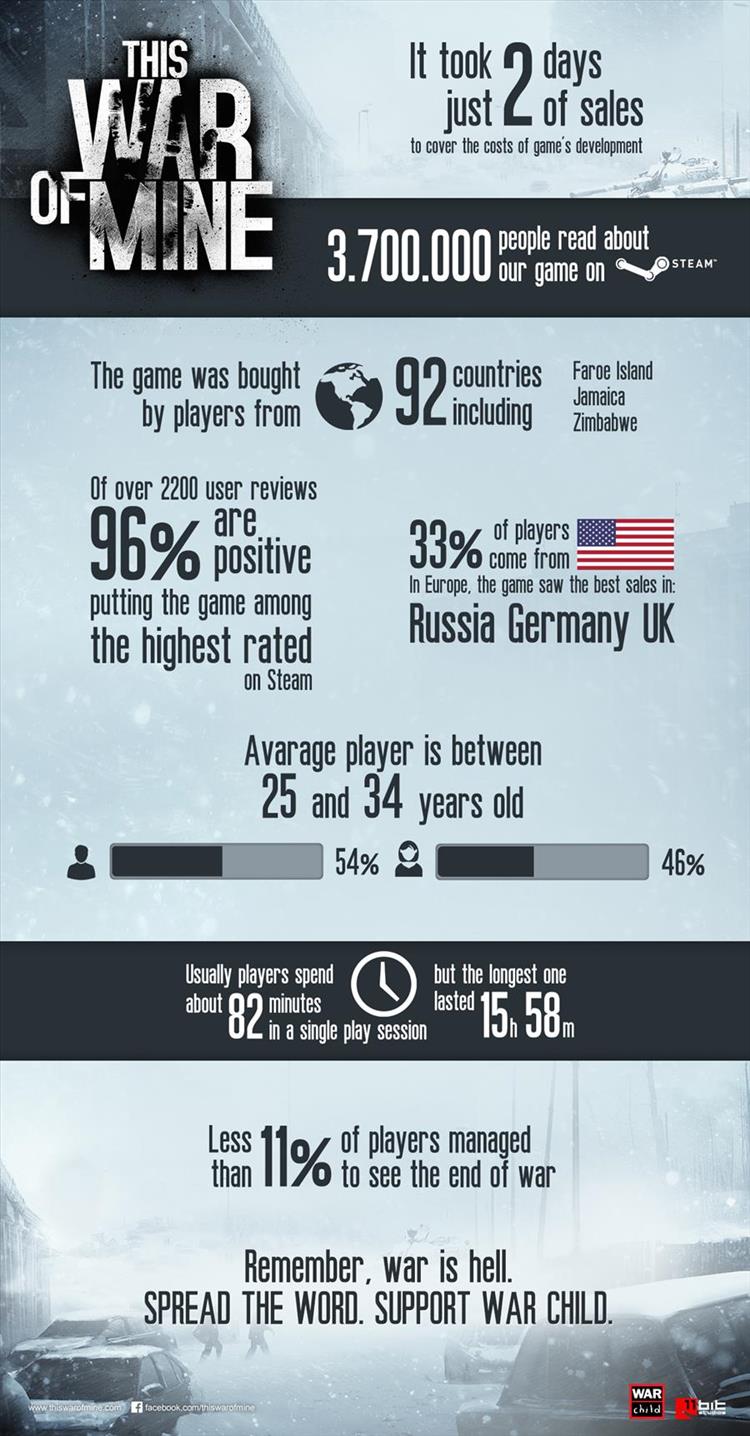