Destiny's Iron Banner Event is now available for players and has received a few upgrades from last time.

The PvP mode, which enables level advantages in the Crucible, now makes it so only players level 20 and above can lead a fireteam of six Guardians, while players under 20 can accompany their higher leveled friends at their own risk.

While reputation is still awarded to the winners of each match, players can now earn Medallions of Iron, a redeemable token that is given to the losers to make up for lost gains which can be cashed in after their next victory. This was presumably added to dissuade players from quitting games even when a loss is inevitable, a problem that plagued the mode last time around.

Like the last Iron Banner Event, Lord Saladin has Iron Banner Bounties for players to claim to raise their rank with the Iron Lords. However, there are now 5 ranks to achieve, each bringing rewards ranging from shaders and emblems to weapons and gear that can be ranked to level 30.

While many players complained that the last Iron Banner Event didn't feel different because lower level Guardians seemed equally as powerful as higher ones, Bungie notes that, "Lower-level players wielding fully-upgraded weapons should still be considered a very credible threat!"

The multiplayer Crucible event will last from today, Nov. 18 to Monday, Nov. 24.

For more on Destiny, be sure to check out the changes that came with update 1.0.3 released yesterday. 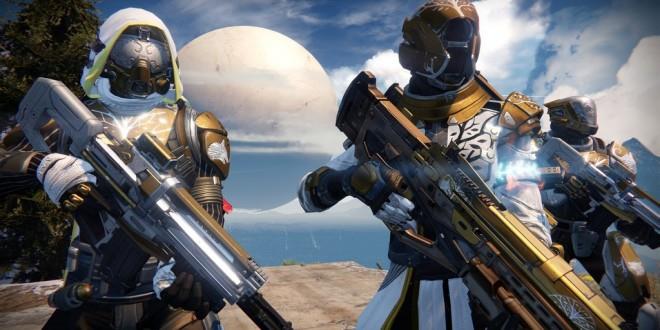