So I'm sitting at my computer listening to a remix of a song from one of the most underrated Pokemon games ever to have been released and browsing this week's Nintendo Download when I noticed that very same game hit the 3DS Virtual Console this week.  The nostalgia in me just went through the roof, but we'll hit that topic in a moment.  This week's Nintendo Download is highlighted by Mario, Sonic, and Pokemon all in the same week.  Yep, Smash Bros. for Wii U is definitely on the way.

The big release this week is Sonic Boom: Rise of Lyric on the Wii U's eShop.  While I haven't played it yet myself, I'm hoping it's better than what Sonic Lost World seemed to be...and someone's already broken the game it seems according to Kotaku.  Then again it's a modern Sonic game so that might not be too hard to do, though nothing will be as broken as Sonic '06. (For the record, the "broken the game" part is referring to a glitch that allows you to pause the game to extend Knuckles' jump, allowing you to bypass a great deal of the game)

When it comes to Mario we didn't get a new platformer on the Virtual Console, but instead we got Mario Kart: Super Circuit from the Game Boy Advance on to the Wii U's Virtual Console.  This was the first portable Mario Kart game and one of the ten Game Boy Advance games that 3DS Ambassadors received several months after the system's release.  For the first portable game in the series it's pretty good and resembles the Super NES original a bit in terms of the feel of the gameplay.

Now we move onto that hit of nostalgia I mentioned.  Back when it was first released I was really into the Pokemon TCG, and in fact it's what got me into my fascination with CCGs in general, so when a Game Boy Color version of the TCG was released, I got it roughly close to launch and enjoyed every bit of it, including the Gym Club and Final Duel themes.  With that said, I for one am very happy to see the Pokemon Trading Card Game hit the 3DS Virtual Console this week and definitely plan to pick it up.  It's a shame that the second TCG game wasn't localized in North America and was only released in Japan, but the original was still a lot of fun and definitely worth picking up for fans of the game...just don't be surprised if some of the rules are different that the TCG today. 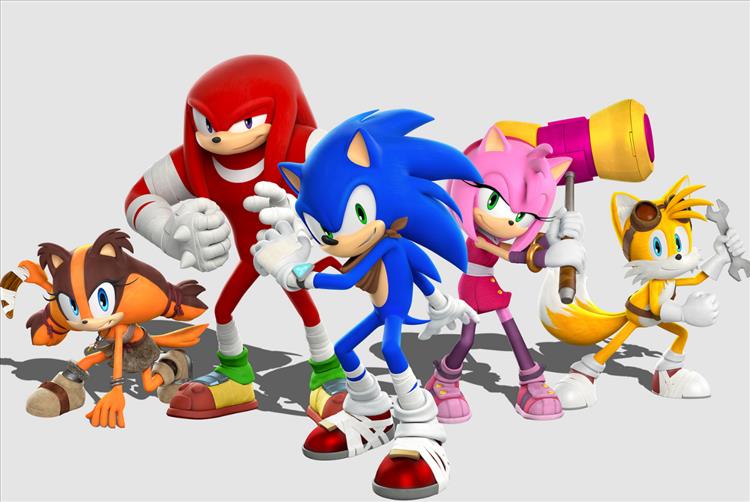 In Sonic Boom: Rise of Lyric, Sonic, Knuckles, Amy and Tails, each with his or her own unique abilities, must work together to save the world and stop the evil alliance of Lyric and Dr. Eggman. (Photo: Business Wire)