Someone on Reddit has uploaded the Far Cry 4 map. We are unsure if it's legit as of now, I looked around the web and I couldn't find anywhere where Ubisoft had either confirmed or denied it's legitimacy. But let's operate under the assumption that it is! It certainly looks to be.

As it's just a map, there isn't all that much information for us to gather, but it does list all of the animals available for hunting, and it gives us some insight into the geographic features of the map. I thought that was interesting; the map is divided into "Biomes and Economic Regions." This just goes to reinforce the idea that terrain is a big part of this game. If it's significant and varied enough to mark on the map, it's got to have an important role.

The map also looks a lot like Far Cry 3's map, in terms of the way it's presented. I'm fine with that, I thought Far Cry 3's overworld was great. Ubisoft has said that Far Cry 4 is roughly the same size as 3, but with much more depth and variation. This game does seem more and more to be a Far Cry 3.5 (maybe more like 3.8). I personally am okay with and excited about that, but I'm interested to see how many people will be complaining about the two being too similar. Of course that's all speculation, but it's something to watch for nonetheless. 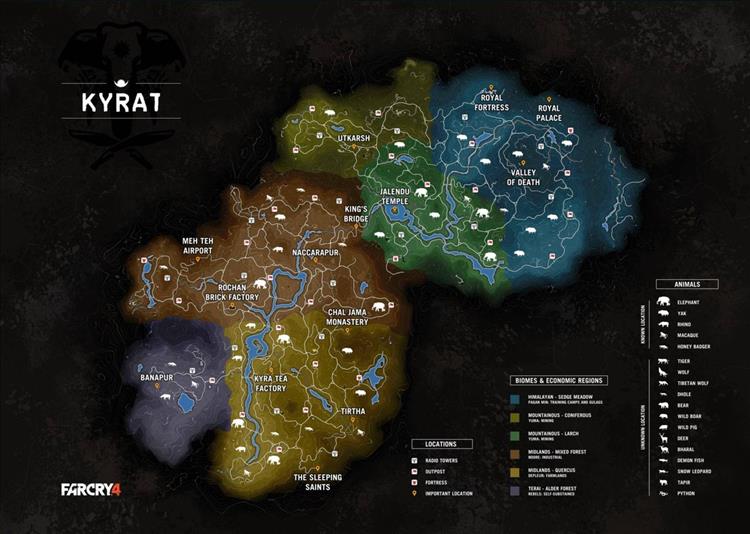