Fifa15 FUT Team of the Week for Nov. 5th

This week's entry into Fifa 15 FUT in forms has a bit of a game of 2's.  James Rodriguez, the new man at Real Madrid is set up at RM for his two goal performance, along with Antoine Griezmann of Atletico Madrid who got two of his own.  Also joining the squad is the legend Thierre Henry of the New York Red Bulls getting us some MLS love this week.  The former French international tallied two assists in a 2-0 victory over DC United in the first leg of the MLS East Playoffs.  Check out the full starting 11 and subs below, and check back in next week to stay on top of those in forms. 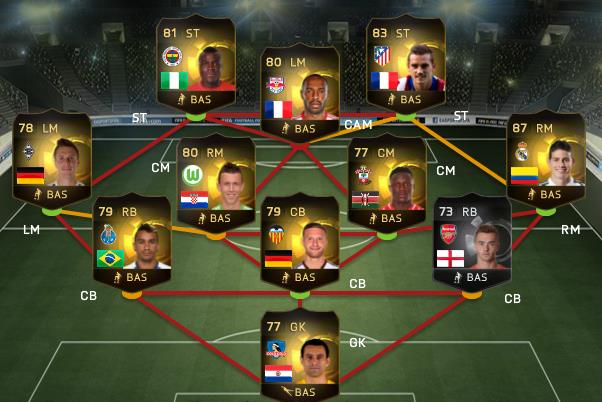