Get the Grand Theft Auto V soundtrack on vinyl next month

If Rockstar Games wasn't a video game publisher, then it'd have to be a music producer. Owners Sam and Max Houser have a flawless ear for obscure new classics, platinum-worthy oldies, and new mixes that become an inseparable element of their games.

Grand Theft Auto V is getting a limited edition CD and vinyl box set this December. And by "limited," there will only be 5,000 units available worldwide.

The set will have 59 tracks with original music from A$AP Rocky, Yeasayer, Flying Lotus, Tyler, The Creator, and more. It also features the sick original score composed by Tangering Dream, Woody Jackson, The Alchemist + Oh No, mixed by DJ Shadow. It's an indescribable--but supremely listenable--amalgam of synth pop, beach rock, hip hop, and strobe-light dance club rhythms. It's kind of how I wish the '80s and early '90s actually sounded, most days.

The vinyl set will be on six records, so it ain't gon' be cheap, regardless of the fact that they're only making 5,000 of them. 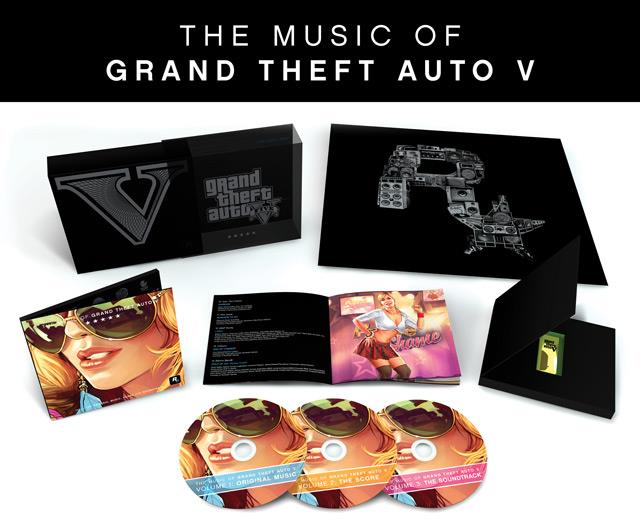 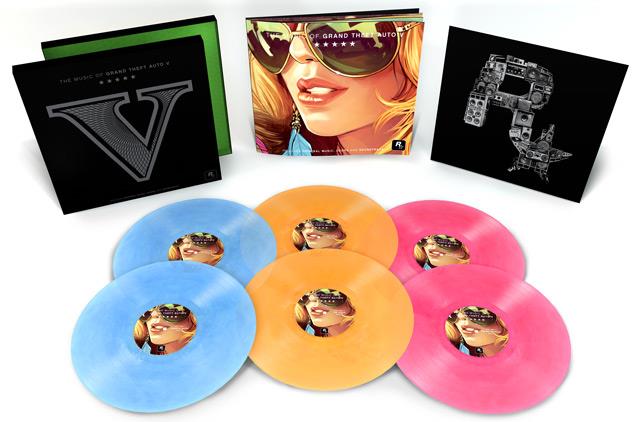 To celebrate the release of the new, enhanced versions of Grand Theft Auto V for PlayStation 4, Xbox One and PC, we will be releasing limited edition collections of the game's star-studded soundtrack on both CD and Vinyl, in collaboration with Mass Appeal Records.

The Music of Grand Theft Auto V limited edition collections include 59 tracks with original music from A$AP Rocky, Tyler, The Creator, Twin Shadow, Wavves, Flying Lotus, Yeasayer and more. In addition, these limited editions will feature the original score composed by Tangerine Dream, Woody Jackson, The Alchemist + Oh No, mixed by DJ Shadow, along with the other incredible music featured in Grand Theft Auto V. Limited to a production run of under 5,000 units worldwide, these limited editions will be available from December 9 at top online and physical record stores.

The vinyl collection will feature a total of six vinyl records, a full color booklet and an exclusive lithograph poster in a classic box-set. The CD collection includes three discs along with a branded Grand Theft Auto V gold brick-shaped USB Drive, artwork and poster all sealed in a special die-cut package.

Also, as previously announced, a number of DJs from GTAV are returning to add new radio content to their respective stations, including Big Boy, Nathan and Stephen from WAVVES, Kenny Loggins, Lee "Scratch" Perry, Twin Shadow, Keith Morris and Cara Delevingne as well as a few of the dial's biggest chatterboxes - Dr. Ray De Angelo Harris and Duane Earl.