The gist is to team up with 4 others and survive a series of 4 waves of computer controlled enemies, while defending a "Harvester" tower from being destroyed. It's basically first person tower defense and in between each round you even get a stationary turret you can drop for some easy grunt and Spectre kills. The game mode brings a few new types of enemies such as Suicide Spectres that charge forward and explode when they get near a target and Mortar Titans which will set up on the other side of the map and launched ranged mortar attacks to pummel the tower until you hunt them down. There's a few small touches that I really enjoyed as well, such as re-spawning. Instead of just charging right back in after a death, you jump aboard a dropship and have to wait about 10 seconds as you fly back into the battle you witness below. You can pop a few rounds off into the skirmish as you wait, and I find it an overall more immersive experience than just magically reappearing on the battlefield.

A host of other new features debuted as well, including Ranked Play, a full mini-map, and sudden death in Capture the Flag. More details of the update are on the official Titanfall site. It's a good thing I wasn't writing for this site a few months ago because I had a lot to say about this game and it was pretty much all negative. To be fair, Respawn have done well to really add features to a game that was far from complete when released and I have to say my days of playing Titanflix are a thing of the past (that's when I was still in grad school and used to watch Netflix while playing Titanfall. I would play at odd hours of the night and, no lie, I could watch an entire 22 minutes episode on Netflix while waiting to connect to a new game.) 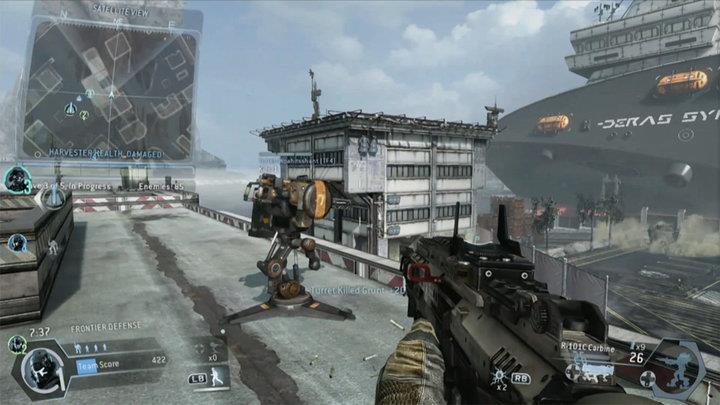