Sledgehammer Games says that due to the extra year added to the development cycle of Advanced Warfare, they had a lot more time to experiment and try different things in the game, and this provides us with an end result of the likes we have apparently never seen.

And you know, I gotta say, I kind of believe it this time.

I'm sure that the same thing has been said every year about every previous Call of Duty game, but this time the game actually looks like a big departure. The biggest thing we had never seen before with Ghosts was a dog, but this time we have the addition of the exosuit, which I feel is safe to assume multiplies the Call of Duty by a factor of Titanfall.

I can already hear people hating on Advanced Warfare for being a Titanfall clone when it comes out, but I'll be honest, I thought Titanfall would have benefited a whole lot from being more like Call of Duty. Titanfall was undeniably a blast to play, but there was almost no content to keep you coming back. Replay value, along with the Call of Duty gunplay the devs assure us is unchanged, has always been a strongpoint of the Call of Duty franchise's multiplayer, and I don't think we have any reason to expect that to change now. 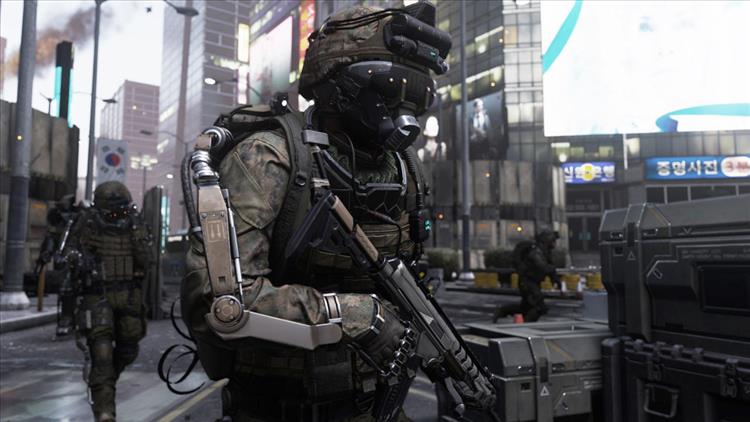