Weekend Sales for Steam and Gog.com

Steam is offering up to 75% off on its Publisher Week-End sale featuring games from Focus. Gog.com has over 140 games available up to 85% off with the BIG Games Weekend Sale as well as the Mutator Promo Finale.

Steam is offering up both the Focus Home Selection Pack for $39.99 featuring Bound By Flame, Cities XL Platinum, Contrast, Farm Sim 2013 Titanium Edition, Mars War Logs, Space Run, and Wargame: Red Dragon and the the RPGs by Spiders Studios Pack for $29.99 with Bound By Flame, Faery: Legends of Avalon, Mars War Logs, and Of Orcs and Men. In addition to these bundles Sherlock Holmes Crimes and Punishments and Styx Master of Shadows are both 20% off.

Gog.com's ongoing Mutator Promo reaches its grand finale.  Basically, you pick 3 games at special discounts and unlock up to three Mutators (mystery titles) for $2 each.  You won't know which games the Mutators are until after checkout, they could be anything from a $5 game from the 90's to a $45 new release. For an example, I created a shopping cart with Outlast, Trine 2, and Shadowrun Returns which totaled about £7 (I'm in the UK) and my three mystery mutators were Wing Commander I and II, Sword of the Samurai, and Beatbuddy. Avoiding the luck of the draw entirely, the BIG Games Promo is also on, featuring titles like Age of Wonders 3 (50% off, $22.49), Blackguards (75% off, for $11.24), or Tesla Effect: A Tex Murphy Adventure (60% off, for $7.99). 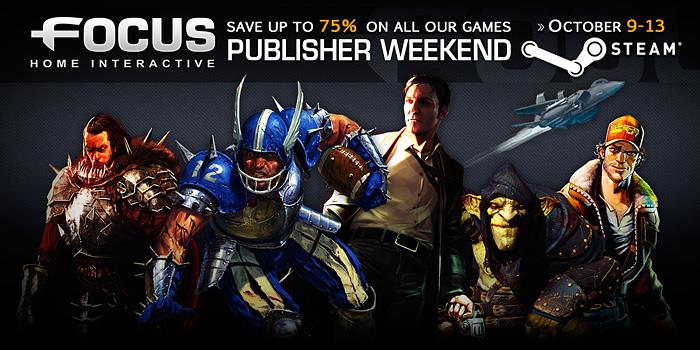