Fans of the original Bayonetta that also own a Wii U are probably waiting in anticipation for Bayonetta 2 to hit on October 24th.  If you want an early taste of what the game will be like, a demo is now available over on the Wii U's eShop.

Pac-Man and the Ghostly Adventures 2 will hit both the Wii U and 3DS eShops on October 14th.  The game will feature Pac-Man, Spiral, and Cylindria defending PacWorld from the army of Lord Betrayus.  You know, I've only seen a few minutes of the animated series, but after seeing names like Spiral, Cylindria, and Betrayus, I'm curious enough to want to see what other characters are named.

Finally we have Castlevania: Circle of the Moon on the Wii U.  This time around you play as Nathan Graves as he searches for his mentor in Dracula's Castle.  While it's been a while since I've played this one, I enjoyed all of the Game Boy Advance Castlevania games, and luckily both Harmony of Dissonance and Aria of Sorrow are hitting the eShop next week.  Looks like it's time to get another eShop card. 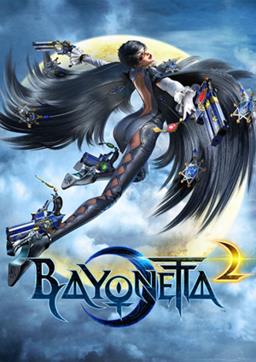