Minecraft will finally be coming to PlayStation Vita on Oct. 15 in Europe, 4J Studios has announced via Twitter.

This comes over a month after Minecraft: Playstation 4 was released.

Gamers have been patiently waiting for Minecraft: PS Vita Edition since it was announced at Gamescom 2013 and it looks like the wait is finally coming to an end.

Of course, the wait for North American Vita gamers looks to be a little longer, as 4J Studios also noted that, "We don't have a confirmed North America #MinecraftPSVita release date yet. Hopefully we'll hear soon."

Last month, Microsoft purchased Mojang, the creators of Minecraft, for $2.5 billion, making it the owner of the Minecraft IP. However, they continue to bring the game to PlayStation platforms stating, "Gaming is the top activity across devices and we see great potential to continue to grow the Minecraft community and nurture the franchise. That is why we plan to continue to make Minecraft available across platforms – including iOS, Android and PlayStation, in addition to Xbox and PC." 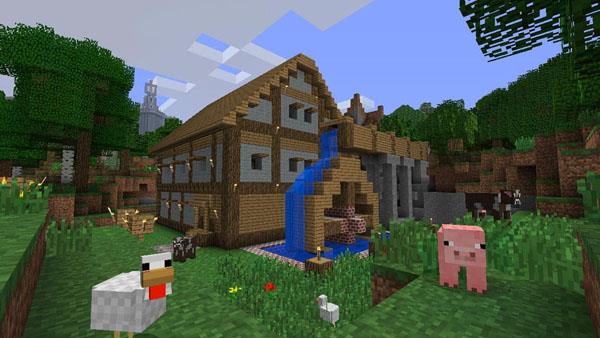