The average Destiny play session lasts three hours on a weekday, four on the weekend. Spacebase DF-9 wasn't exactly finished, but the Kickstarter money ran out, so, uh, now it’s definitely finished. (Put. That coffee. Down. Coffee's for closers only, Double Fine.)

Russell Archey, staff writer, @NeoScyther
I just recently accepted two games for review: Outland and Defense Grid 2. However, most of my weekend will be spent checking out Hyrule Warriors. I'm also planning on doing a bit of streaming on Friday around 12:30 p.m. EST for my first time playing Hyrule Warriors. (I've been avoiding the demo so I can go into the game completely fresh.)

Sean Colleli, staff writer, @scolleli
I'm burning the candle at both ends trying to absorb enough of Super Smash Bros. 3DS for my impending review. I'm not complaining, but it's a lot of ground to cover—I've only gotten through half of the fighter roster and maybe a third of the arenas, and that's not even counting the secret characters and stages. I predict that caffeinated beverages will be flowing like wine during Saturnalia at my house this weekend.

Jeremy Duff, senior staff writer, @Duff3c
I am afraid that there is only one game getting played in my house right now, and that is Destiny. I just can't get enough. And I need some Legendary and Exotic gear. The farming was fun in order to get me prepped for some of the higher levels, but now it is time to go on the serious hunt for the highest of the high-end gear. Level 30, here I come.

Randy Kalista, staff writer, @RandyKalista
I'm playing a fair amount of Assassin's Creed IV: Black Flag "Wolfpack" multiplayer. This is so I'm prim and proper for Assassin's Creed Unity's four-player drop-in drop-out co-op. I really set up camp when Brotherhood introduced the series' multiplayer component back in 2010. There was nothing else like it, and honestly there still isn't, but flying solo under Black Flag's skull and crossbones overshadowed running around in four-on-four matches. I'm only just now getting back up to speed. I'm also getting quite comfortable with Age of Empires: Castle Siege on Windows Phone. Razing random players' entire settlements is quite an agreeable activity.

Jeff Kintner, staff writer, @JKTerrezas
I'm taking a long car trip this weekend to party it up at Cedar Point amusement park. For the car ride, I'll either be making the alphabet out of road signs, playing the new Super Smash Bros. demo, or Xtreme Napping 2014.

Matt Mirkovich, staff writer, @Stillmywords
Will hopefully be getting through the final chapter of Tales of Xillia 2 after putting that one on hold for Persona 4 Arena Ultimax. I'll also be putting a bit of time into Final Fantasy Theatrhythm: Curtain Call, Professor Layton vs. Phoenix Wright, and the big release this week, Hyrule Warriors.

John Yan, senior hardware editor, @TheJohnYan
With the release of the 2.1.1 patch for Diablo 3, my pets for my witch doctor can now survive a lot better in higher rifts, so I'll be doing that and leveling up my legendary gems. Hopefully, I can start a session or two of Destiny this weekend as long as my son doesn't hog the PlayStation 4 playing Madden. I'm also going to do a dive into Elite Dangerous using the Oculus Rift along with a flightstick and a throttle setup. 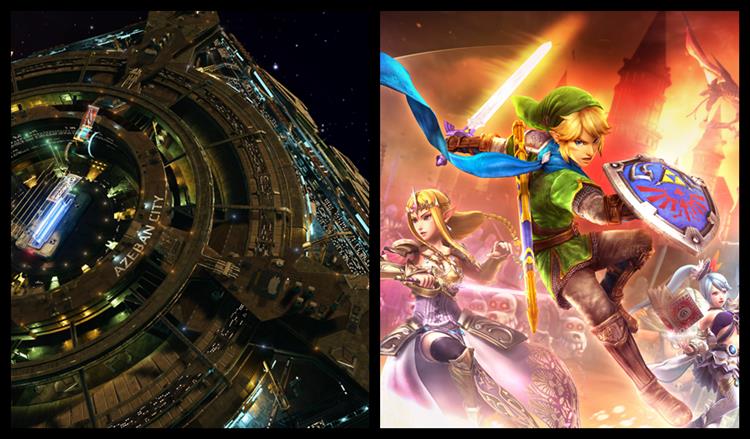