It's been a month since Clockwork Empires went into Early Access via Steam, and now we're getting our first of many monthly updates, dubbed "Conscript Steelcog versus THE MURDERCULT" by the developers. In Clockwork Empires you take on the role of a junior bureaucrat in a fledgling colony in the new world. Your job is to order the colonists around to ensure they stay alive (cabbage crops good. Invading fish-people bad), keep them busy so they don't join a cult (As they say, idle hands are the elder squid god's playground) and most importantly, bring glory to the Queen and her empire (and most most importanly, earn enough prestige to get a promotion).

Here's a brief overview of things to expect in the latest patch:

If you're interested in more details, you can read the full patch notes after the jump. If you want to know more about Clockwork Empires you can check out their website- Even if you don't  know anything about the game, the devlog usually makes for a good read. If you're ready to plunge into the Early Access, you can get it for $29.99 via Steam. 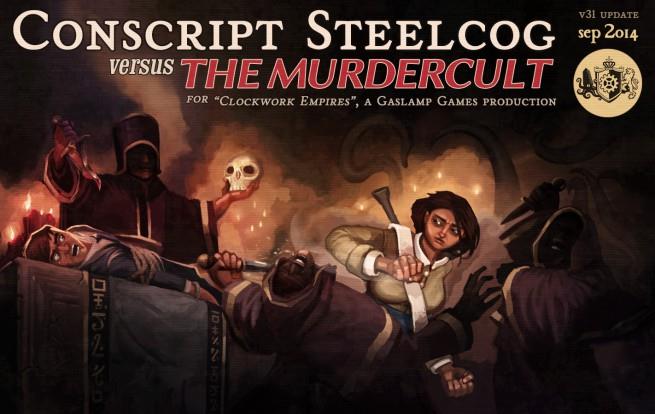 It is time for the monthly update to Clockwork Empires! This month is v31, or as we like to call it, Conscript Steelcog versus THE MURDERCULT.

This being a monthly update, the changes will go live to every Clockwork Empires player via Steam.

We have also updated our Clockwork Empires: Development Progress report! Please check it out if you’re interested in the overall status of the Clockwork Empires project broken down into excruciating detail along with pictures of cats.

(Don't own the game yet? Clockwork Empires can be purchased on ClockworkEmpires.com via Humble or from Steam.)

And much more! Everything is basically better, details below.