The journey continues as I have made my way across the moon, through the lush greenery of Venus, and am preparing to finally touch down on Mars. The experience, for better or worse, has remained very similar to what I say on my first day and in my beta experience. Destiny is a relatively straight-forward game. You explore, you kill bad guys, and you prosper. This is both the good thing and the bad thing about the game.

This is feeling like an experience where you will get out of it what you put into it. Sure, you can jump in, run through the missions and call it a day. However, doing so will rob you of all that the game has to offer. You have to realize that this is a living and breathing world (the game) and Bungie wants you to explore and inhabit this world. You know those Grimoire Cards I mentioned yesterday? That is the type of thing I am speaking about. For me, I think it is great as I love to dig further into the experience, but I completely understand that there are other players who might not enjoy that sort of thing.

On a side note, I find it a little bit funny that the best shooter on Sony’s Vita isn’t actually a Vita game. Destiny plays like a true dream when using the remote play option. Bungie took the time to program in a specific control setup for the remote play option rather than deferring to the default setup. My, what a difference this makes! Destiny plays better than any shooter that I have played that was natively made for the Vita. I am beginning to think that the problem is with developers attempting to make a “portable shooter”; just make a console shooter and call it a day, because the genre works on the handheld system. As a matter of fact, it works very, very well.

These are just a few random thoughts I have had with the game over the past couple of days. Stay tuned for more gameplay streams, impressions, and ultimately our full review of the game coming early next week. 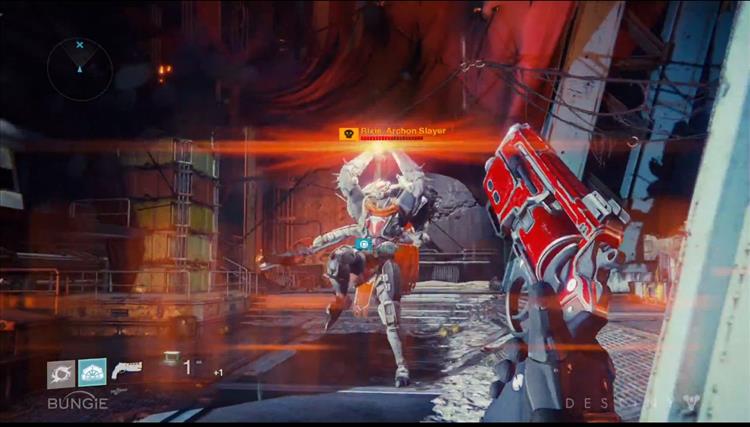