Well, here we are: the launch day of Destiny. It has been a long road from the announcement to release but it is all paying off now as the game is in the hands of gamers around the world. We have received our review copies of the game last Friday but was unable to play the game until yesterday, just like everyone else in the media. The review process for the game is going to be a long one because this is a very robust and ambitious experience, so don’t expect to see it until at least next week. In the meantime, we figured we would chronicle our daily adventures with the game to give you some insight on our take of the Destiny experience.

We head into day zero, or yesterday’s press access, after the jump. 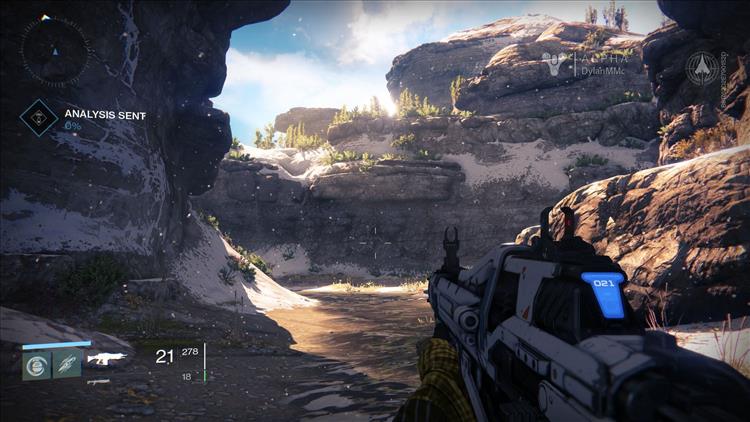 Fortunately, I have been able to experience Destiny as it has evolved from its alpha, to beta, to final, retail release. That being said, I can attest that there have been a lot of changes along the way from when I first played the game earlier this year. The game starts off very similar to the manner in which the public beta did, so don’t anticipate seeing anything new within your first 2-3 hours of gameplay (content wise). Your first group of missions will once again take you through the now-familiar landscapes of Old Russia. There is a bit more direction given to you this time around, which was one of my biggest issues with the early builds. The game used to just let you go and discover things on your own, and most people took a while to find and experience all of your options in the tower and whatnot. Now, thankfully, the game walks you through these areas and gives you insight to all that you can do.

There have been a lot of visual improvements and polish that have been added to the game, which you would expect with the final, retail release. Yes, the loading times for each mission can be a bit long, but that he because these stages are massive and detailed beyond belief. The amount of detail in these lush landscapes is absolutely amazing. The skyscapes, in particular, are incredibly gorgeous and I have snapped more than my fair share of screen captures to use as desktop wallpaper on my various digital devices.

From a gameplay perspective, I have yet to experience anything new at this point, which isn’t necessarily a bad thing. There is still a lot to experience, especially for those who are playing the game for the first time. To be honest though, I am only a level 9 Titan at this point and am only exploring my second area (the moon), so there is a lot more to be seen. The cooperative aspect(s) of the game are seamlessly intertwined with the game’s basic experience. You aren’t “forced” to play with other gamers, but they are there and you have the ability to do so should you choose. There are “optional” Strike Team missions which do require you to work with a team of three, either one you put together or one that you are put into via matchmaking, but the story based missions can be done solely by yourself.

The manner in which this is handled really adds to the sense of isolation and the desolate environments. Although I enjoy playing the game alone, there is often a sense of relief that comes when you see the glimmer of another player’s icon coming over a ridge. Perhaps you are pinned down in a particularly tough area that you are just trying to get through but can’t quite do it alone. The next thing you know, in rides another player or two, who are practically in the same position and for a few short moments, you all have a common goal and work together to get past your choke point. Once you are through, you all go your separate ways, perhaps exchanging PSN messages or friend requests, or perhaps simply never seeing each other again.

Tonight’s gameplay sessions are what I am most looking forward to, because I am hitting a point where things are completely new to me. I am currently venturing into areas that I haven’t experienced before, so I should have a lot of new insights on the experience. Currently, I am exploring the moon, which we got a little taste of in the last day or two of the public beta. My goal is to finish the solo experience before I dip into the multiplayer arena, which I hope to accomplish in the next couple of days, so stay tuned for more impressions as the week goes on.