This week's Nintendo Download is an eclectic mix to be sure, but thankfully there's actual Virtual Console content and a few cool indie games as well.

Wii U Virtual Console gets Nobonuaga's Ambition, an RPG set in feudal Japan where you can conquer neighboring lands or act more diplomatically.

The Wii U eShop now has Cubemen 2, a Minecraft-esque action strategy title that lets you engage in CTF, skirmish and territory control modes across a vast collection of user-created levels. Don't like any of the over 8000 maps already available? Make your own!

If you just can't wait for Theatrhythm Final Fantasy Curtain Call, a free demo on the 3DS eShop might tide you over until the game's release on September 16th. You can even transfer any save data from the demo to the full game, picking up exactly where you left off.

Finally, Street Fighter 2010: The Final Fight follows Ken as he searches for his friend's killer in a hadouken-fueled action platformer.

Check out the full press release after the jump for all the goodness coming to the eShop this week. 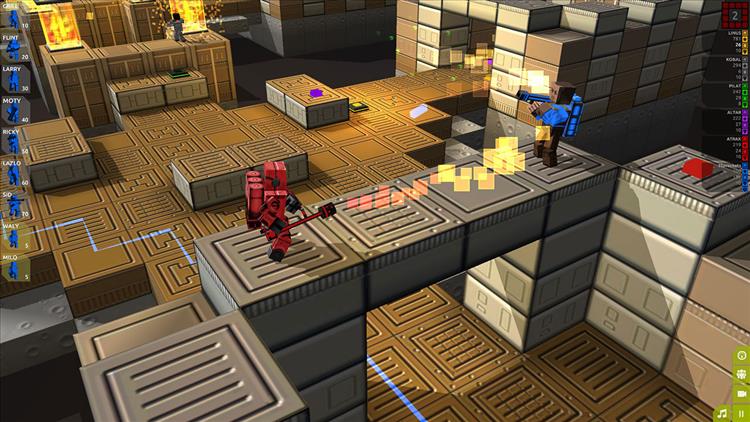 Nobunaga's Ambition is a game set in Japan's Warring States period, a turbulent age when feudal warlords battled for control of the country. As the ruler of a fief, you choose your own path to conquest: Will you wage war on your neighbors or rely on diplomacy? (Photo: Business Wire)