The original Sims was one of my first PC game purchases and I've always enjoyed the series releases over the years. With the release of The Sims 4, gameplay aspects such as emotions have been introduced with other common features such as pools have been removed. While the initial reaction to all of the content that was removed, especially the create a style element from The Sims 3, was rather alarming before release. Fortunately, the six or so hours I've spent with the game have been enjoyable and I'm glad to report the core experience is still intact.

The Sims 4 runs on the GlassBox engine, which was used in the most recent SimCity game, and surprisingly works rather well in regards to performance and graphics. From little things like being able to skip through the intro videos to more gameplay-impacting with quick load and save times, The Sims 4 runs like a charm. I didn't experience any game-breaking bugs, crashes, or stuttering throughout my gameplay time. The game's new visual style caught my interest immediately as Sims and house elements such as furniture look far more realistic. The new animations in particular for Sims are more natural and avoid breaking immersion.

With all of the improvements the game is still missing some important features that unfortunately decrease control and customization. The missing create a style feature removes the ability to pick any colors or textures and now limit selection to a few options. Other features added in expansions such as weather effects and pets have followed the same route of past games by simply ignoring they existed. While I've seen some complaints about the revamped build mode, I personally found the experience far less stressful in having the game do what you want in regards to building rooms and then editing them after the fact.

The game in general feels smoother to play then past titles in the series with additions such as multitasking and gameplay improvements involving how game world time passes. Sims can now complete more tasks without having half the day passed to simply cook a meal or take a shower. While being able to watch television and surf a tablet may seem normal in real life, it's a huge and much welcome addition in The Sims 4 with the multitasking feature.

One feature I was eager to try out was the new gallery which enables players to download community-created lots and households. While the process is easy, the variety of content is a bit limited and I'll be interested to check back when more people have submitted their creations. I'm also eager to see what kind of mods and community content is released for the game. I'm more excited to simply get back to my household and continue advancing through my geek career path and level up my Sim's skills.

Check back next week for the full Sims 4 review. 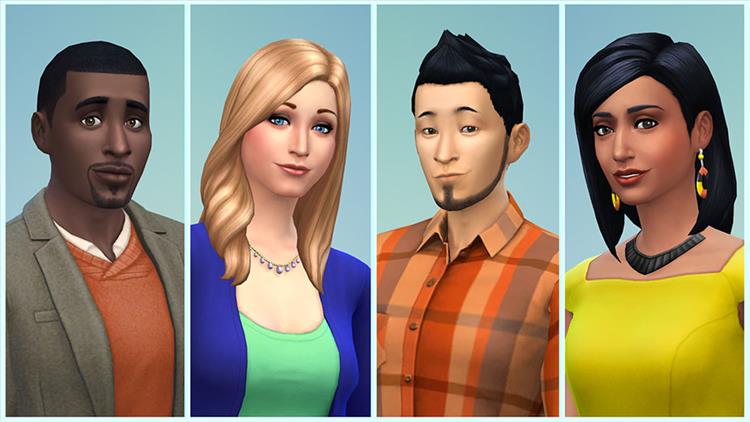