Cliff Bleszinski hires all the people

Cliff Bleszinski (Unreal Tournament, Gears of War) blew in the doors over at Boss Key Productions (his company) and basically walked into human resources (his office) and told the CEO (him) that he's hiring—scratch that, hired—a metric ton of video game industry talent (these people): 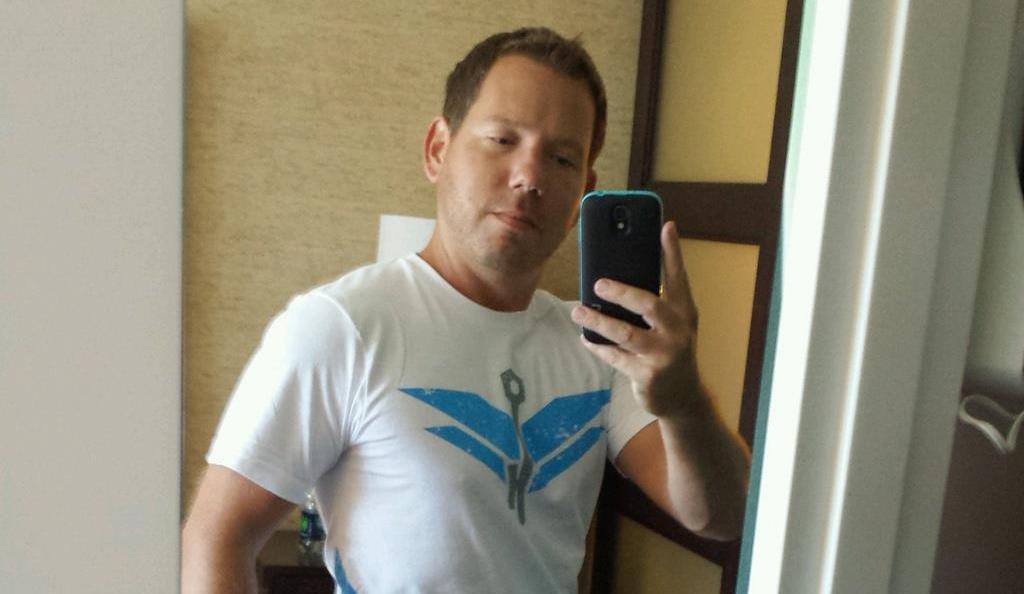 Chris Mielke, Senior Producer: Originally from Schaumburg, Illinois, Chris has most recently played an integral role in the production of Gears of War: Judgment, Infinity Blade III and Fortnite.

Chris Wells, Senior Character Artist: Chris is originally from East Orange, N.J., and has been a driving artist behind the entire Gears of War trilogy, as well as the upcoming Fortnite game.

David Rose, UI Ninja: David grew up in the Outer Banks of N.C. and spent 15 years in the Triangle before moving to Los Angeles over six years ago. His most recent UI efforts have been applied to Guitar Hero 5 and 6 and Call of Duty: Ghosts.

Ryan Palser, Senior Animator: Ryan is from a small town outside of Philly; North Wales, P.A. He's worked most recently on Call of Duty: Advanced Warfare and Ghosts and Guitar Hero: Warriors of Rock.

James Hawkins (a.k.a. HawkPrey), Senior Concept Artist: Jay's hometown is Raleigh, N.C., and he's been an influential concept artist on the Gears of War trilogy and Unreal Tournament 3.

That's not all, though. Bleszinski is still wading through hundreds of Boss Key hopefuls, sifting the wheat from the chaff. More hires coming soon. I wonder if he's looking for a mediocre supply manager with stellar doodling skills and occasionally OK writing (ooh, pick me, pick me!)

But, in case you have any ideas about pigeonholing these individuals' abilities, Bleszinski would like to make clear that where you came from doesn't dictate where you're going. 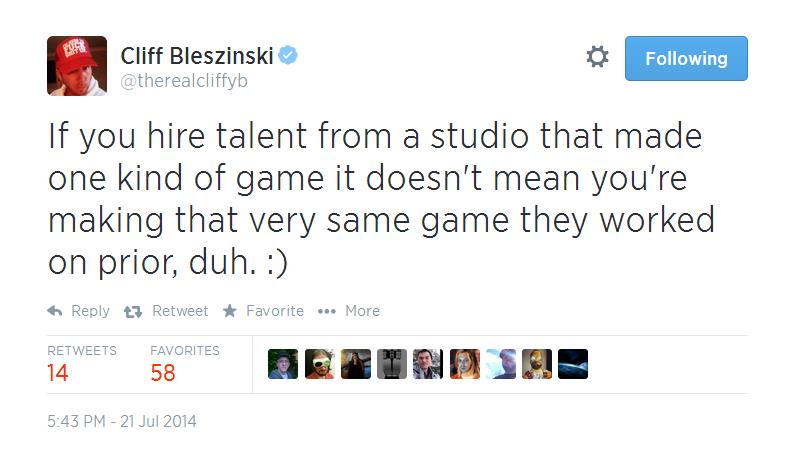