As of yesterday, the four games part of this year's PLAY summer programs have become available for pre-order.  The four games are Rogue Legacy, The Swapper, Hohokum, and CounterSpy.

All four games will feature cross-platform functionality which means if you buy it on the PS4, PS3, or PS Vita, you'll receive it for free on the other two.

For full details, follow the jump.  Also make sure you visit blog.us.playstation.com. 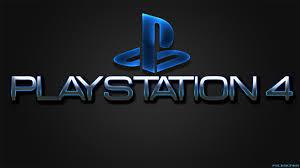 The PlayStation Store PLAY 2014 lineup features four games launching over the next month on the PlayStation®4 (PS4??), PlayStation®3 (PS3??) and PlayStation®Vita (PS Vita) systems.
· Rogue Legacy from Cellar Door Games ?? rated Everyone 10+ (July 29) ?? A rogue-lite game where you must conquer a magical castle which is constantly changing. Every time you die, your children succeed you. Each child has his or her own unique genetic traits, so every play through is unique, right from the get-go. (Retail Price: $16.99*, PlayStation Plus Pre-Order Price: $13.59*)
· The Swapper from Facepalm Games ?? rated Everyone 10+ (August 5) ?? An atmospheric puzzle platformer set in the furthest reaches of space. Players wield an experimental device able to clone the user and swap control between them. All of the art in The Swapper is constructed using clay models and other everyday materials. (Retail Price: $19.99*, PlayStation Plus Pre-Order Price: $15.99*)
· Hohokum from Honeyslug/Santa Monica Studios ?? rated Everyone 10+ (August 12) ?? Hohokum is an expressive and mesmerizing universe where players take on the role of a curious flying kite-like being. Players will explore vibrant worlds and discover their secrets to unlock new levels. While there are goals, and trophies discovered along the way, at its heart, Hohokum is a playground -- a place to wander about and get lost in. (Retail Price: $14.99*, PlayStation Plus Pre-Order Price: $11.99*)
· CounterSpy from Dynamighty/San Mateo Studio ?? rated Teen (August 19) - Play as a spy from C.O.U.N.T.E.R. agency as two superpowers face off against each other in a plot to destroy the moon. In this stealthy 2D action side-scroller, which blends in 3D cover based shooting, the counter agent must sabotage the dastardly plans of the superpowers in order to maintain world peace. CounterSpy combines spy mythology and bold aesthetics of the 1950??s and 1960??s and is set during the Cold War. (Retail Price: $14.99*, PlayStation Plus Pre-Order Price: $11.99*)

Gamers will be able to take advantage of PlayStation??s Cross-Buy functionality for all four titles, allowing them to purchase a title on one platform (PS4, PS3 or PS Vita system) and receive the other two versions of the game at no additional cost.

Additionally, gamers who purchase or pre-order two titles or more will receive a bonus PlayStation®Store credit**. Gamers can take advantage of the following bonuses based on games purchased or pre-ordered from July 22 through August 25:

For more details about PS Store PLAY and each of the titles, please visit the PlayStation.Blog: http://blog.us.playstation.com/.

*All dollars amounts are shown in US currency; amounts will vary in Canada and Brazil and will be in local currency.
**Voucher code redeemable for credits will be delivered by 9/5/14. Voucher code expires on 10/3/14.