EVE Online's Crius update is here, sparking an industrial revolution in the massively multiplyer outer space sim. While big huge ship battles typically grab all the headlines, none of those thousand-player battles would be possible without the thousands—the tens of thousands—of man hours sunk into the industrial backbone of EVE. All those spaceships have to come from somewhere (the players), and the Crius update seeks to lower the barriers to entry on such a vital aspect to EVE's economy.

Industrialist-minded folks (which can be anybody, you just have to put your mind and your time into it) will now see an improved, more visual user interface when it comes to all things industrial. Everything from the simple act of reprocessing to actual ship manufacturing has been tweaked.

A plethora of other changes accompany the free Crius update, making it apparent that EVE Online isn't just about the pew pew. This is, howeveer, the largest update to the industrial arm of the game in EVE's 11-year history.

EVE Online launched on PC in 2003, but adheres to a rigorous schedule of updates (most recently rescheduled to 10 updates per year instead of just two) to keep everything looking and smelling fresh and clean. The Crius update launched July 22. 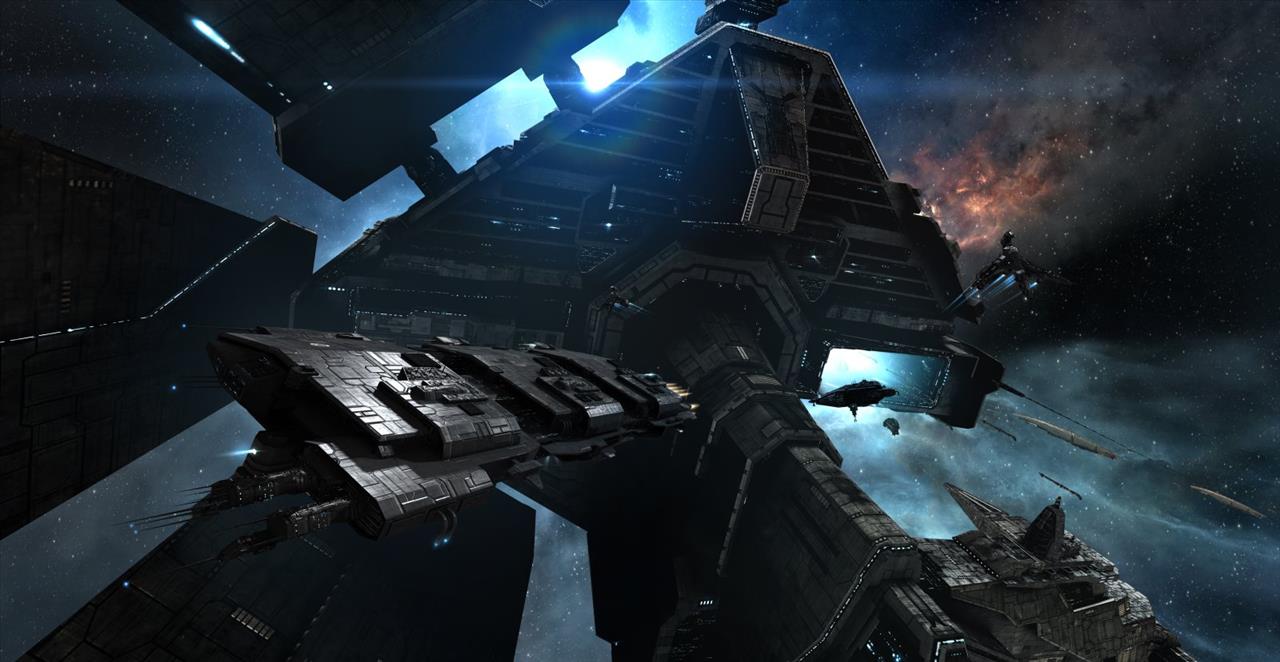 22 July 2014 – Reykjavik, Iceland – CCP Games, a leading independent developer of massively multiplayer games, has launched the largest overhaul ever to industry within its award-winning sci-fi game, EVE Online. Changes ripple across the stars, affecting everything from how player- constructed starbases function to spaceship blueprints to basic asteroid composition and adding new features like an intuitive new user industry interface and worker teams that supplement competition between solar systems.

Industry fuels EVE's critically acclaimed "infernal machine" of harvesting, creation and destruction. These game systems collectively govern the creation of nearly every item in the game by players using raw and salvaged materials and make EVE the stuff of economic and sociological legend. With improvements to accessibility, diversity and meaning in industrial gameplay, EVE's Crius release catalyzes player-driven action and rewards thoughtful and opportunistic planning for those who profit from the creation of spaceships, modules and innumerable other goods.

Sophisticated industrial operations underpin the famous player wars that rage across EVE's thousands of star systems at the same time as smaller, individual efforts generate wealth, meaning and power for personal ambition. Crius allows player-influenced shifts in the industrial landscape to redefine the sandbox by adding assembly cost scaling and a market for work teams to supplement construction. Newer players will find an easier path into industry as manufacturing slots open up and the user interface is reimagined to be more intuitive and informative.

Crius opens up EVE's sprawling economy to a whole new generation of industrialists, as it has never been more intuitive, dynamic and interesting to build things for yourself or other players," said Andie Nordgren, Senior Producer for EVE Online. "We're eagerly awaiting to see how our players use one of the most sophisticated crafting and market systems in gaming now that it is live."

From atmospheric audio to more wormholes in known space and more, Crius offers other changes in CCP's ongoing commitment to improve EVE Online year after year.

Crius follows Kronos as the second update in a major shift for EVE development from two expansions per year to around 10 releases annually as CCP aims to deliver more content, more frequently, to its legendary playerbase. It is available free to all EVE Online subscribers and trial users.

Further information about Crius can be found on the feature page, in developer blogs and in the Crius in-development video.