Russell Archey, staff writer, @NeoScyther
The Borderlands 2 bug is still in me. If I'm not playing with a friend, I'm typically found working through True Vault Hunter mode with my Siren. Thankfully, I'm nearing the end of that and going through the DLC on TVHM to put me a few levels higher than the enemies, so while it doesn't make things trivial, I had a heck of an easier time with the BNK-3R fight than I did my first time through. When I'm not doing that, I've kind of gotten bit by the speed-running bug over the past several months as well. I started with shorter games to ease myself into things (namely, Chip N' Dale: Rescue Rangers on the NES), but, as I was recently streaming a play through of Mighty Morphin' Power Rangers on the Super NES, I started thinking about giving that a shot as well. Say what you will about me being in my 30s and still playing Power Rangers games, but MMPR was actually a very fun game for its time--and it still is.

Sean Cahill, staff writer, @GN_Punk
I managed to pick up Sniper Elite 3 for the Xbox One, and it has taken up a big chunk of my time. It's been a while since I've truly enjoyed a shooter. Focusing on stealth and using actual real-world physics and hearing elements have made it a challenge.

Nathaniel Cohen, staff writer, @seven_hells
I'm working on Watch Dogs and have been very pleasantly surprised, since a lot of the reaction it got was mixed. When I'm not doing that, it's Valkyria Chronicles because who doesn't like six-year-old turn-based sorta role-playing games? Third in the rotation is Beyond: Two Souls. I've never played a Quantic Dream game before, so it's been an experience. And all that is on top of GRID Autosport and Constant C, which I'm reviewing.

Sean Colleli, staff writer, @scolleli
I put on the rose-tinted glasses and picked up the Duke Nukem platformer pack on Steam. I've finally come out of denial and accepted that Duke's future is grimmer than ever. When Gearbox acquired the franchise, I had some hope. But after their out-and-out lies with Aliens: Colonial Marines and their one-sided pissing contest with Interceptor Entertainment over the Duke series' rights (spoiler: Interceptor won by making their own IP), it looks like Duke is going nowhere fast. So, back into 16-bit land I go to dull the pain. Duke Nukem 1 and 2 might not be the best early '90s platformers (hello, Commander Keen and Jill of the Jungle), but I have fond memories of them, and, regardless, Manhattan Project is pretty darn good. Hail to the King, baby, I guess.

Jeremy Duff, senior staff writer, @Duff3c
I have gained a sudden addiction to Resogun and just cannot stop playing it, trying for a higher score. This weekend will see me finally dropping the measly $5 for the new DLC pack adding new modes to the game, which will only increase my addiction. Of course, when I don't have my controller in hand, I have my tablet and am earning Iso in Marvel Puzzle Quest. I really wish that there was some way to know just how many hours I have sunk into this game because I have played it nonstop since December.

Charles Husemann, editor-in-chief, @chusemann
My time has been super limited lately, but what little gaming time I have has been spent with MechWarrior Online and working on progressing my three ShadowHawk mechs to elite status. The folks at Piranha have made a ton of updates since I last played it, and have removed a ton of rough edges from the game. No longer do you have to wait two to three minutes for combat, as the maps and starting points have been tweaked to ensure that you're in a firefight from the get go.

Randy Kalista, staff writer, @RandyKalista
I had no idea what I was getting into, but now I'm doing the Swedish horror thing with Year Walk. Sure, I'd just seen a few pretty screenshots. Maybe I'd heard it got a bunch of awards. So, I bought it pretty much sight unseen. And now I'm trekking through snow-bright woods, solving silent puzzles, as weird, neck-jerking Nordic dieties levitate between the trees and hang out waist-deep in frozen rivers.

Jeff Kintner, staff writer, @JKTerrezas
I'm currently steeling my nerves to dive into the final episode of The Wolf Among Us. I don't want it to end. But I need to play it. Like, my fingers are itching. I thought I could stave of the Wolf cravings with Gods Will Be Watching, but that's become a monster in and of itself. If anyone ever tries to tell me that story-focused games don't provide enough of a challenge and are only for casual gamers, I will show them Gods Will Be Watching. And it will unmake them.

Matt Mirkovich, staff writer, @Stillmywords
I've returned from Japan, and surprisingly I'm back with only one new game. I couldn't resist the siren's call of Hatsune Miku: Project DIVA F 2nd, which is out later this fall in the U.S. It's quite fun and has me really excited for the American release. I've also got to find time to play more Final Fantasy XIV: A Realm Reborn, now that the 2.3 patch is out in the wild. 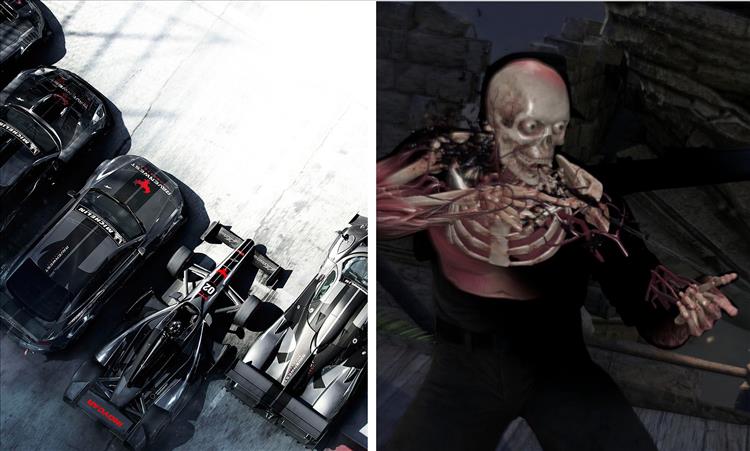