Are you still rocking the Xbox 360? Well, you might be courted to purchase an Xbox One by Microsoft with a $75 credit.

VG247 spotted a post in Neogaf of a user who was greeted with the offer as seen below. When you do get an Xbox One, Microsoft will give you $75 to be used on digital goods such as games, movies, music, and DLC. Not a bad deal considering the drop in the Xbox One price without the Kinect and it'll help you get started on your library of media and games.

Now, this offer isn't going to everyone and it looks like it ends on July 31. We'll see if this offer becomes more wide spread. 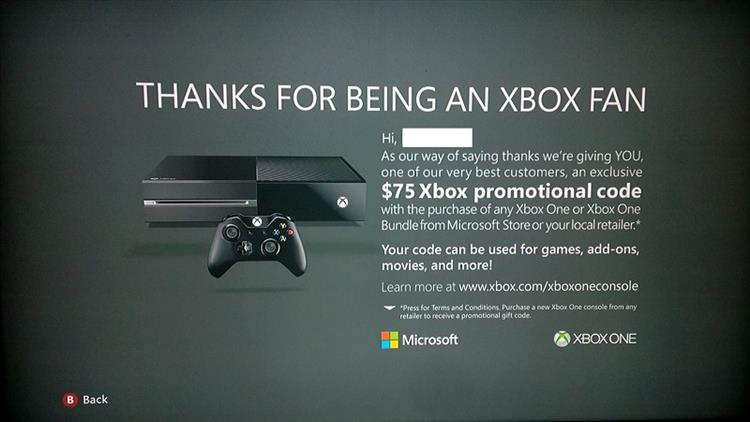