Kind of a day late, but I blame going to the Origins gaming convention last night in Columbus.  Anyway, the big highlight this week is the Franchise Favorites sale going on in the 3DS and Wii U eShops where games from various major franchises featured at E3 are 30% off.  These franchises include Super Mario Bros., Sonic the Hedgehog, The Legend of Zelda, Lego, and Yoshi.  This sale will end on Monday, June 16th at 8:59 a.m. PT.

On the Virtual Console side of things we have the arrival of Pac-Land and Pac-Man Collection on the Wii U.  While I can't say much about Pac-Land having never played it, Pac-Man Collection includes Pac-Man, Pac-Mania, Pac-Man Arrangement, and Pac-Attack.  Basically this week will help you get your fill of Pac-Man to celebrate his recent announcement in Super Smash Bros.  Finally on the Wii U we have Soccer...can't imagine why that popped up now.  Then again, there are nearly a dozen soccer games for the NES, and they couldn't put up the one game that has "World Cup" in it's title?  I mean, Nintendo World Cup is on the Wii U Virtual Console in Japan, so why not here?

Anyway, over on the 3DS eShop we have Double Dragon II: The Revenge.  Both of the first two Double Dragon games are really good in my opinion and really shine as NES-era beat-em-ups.  Now if they release Double Dragon III...well, I can't really say much about that one as I can't even get past the first stage.  Yeah, I really loathe that one.

The eShop specials are rounded out this week by several Nicalis games being discounted to celebrate the release of 1001 Spikes (which I plan to pick up soon), Resident Evil Revelations being on sale for both the Wii U and 3DS at 50% off until June 19th, and the releases of Van Helsing Sniper Zx100 and AiRace Xeno, the latter I'll be providing a review of in the next couple of weeks. 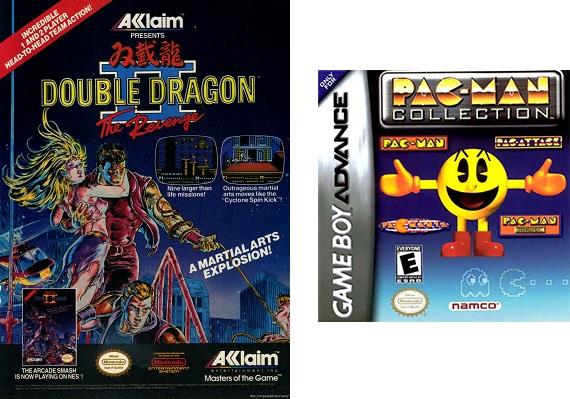 Take control of PAC-MAN on his home island of Pac-Land and try to help a lost fairy home. (Photo: Business Wire)