There's cold, blue lighting, baggy-necked extraterrestrials, improvised explosive devices, the little alien-detecting device that I think is called a PKE meter because Ghostbusters, and an upclose pic of one of those iconic H.R. Giger beauties bathed in green light.

The thing I love most about these screenshots is precisely what's missing. There's not a single gun reticle to be found.

Alien: Isolation's unmistakable brand of survival horror will be on PC, PlayStation 3, PlayStation 4, Xbox 360, and Xbox One on October 7. 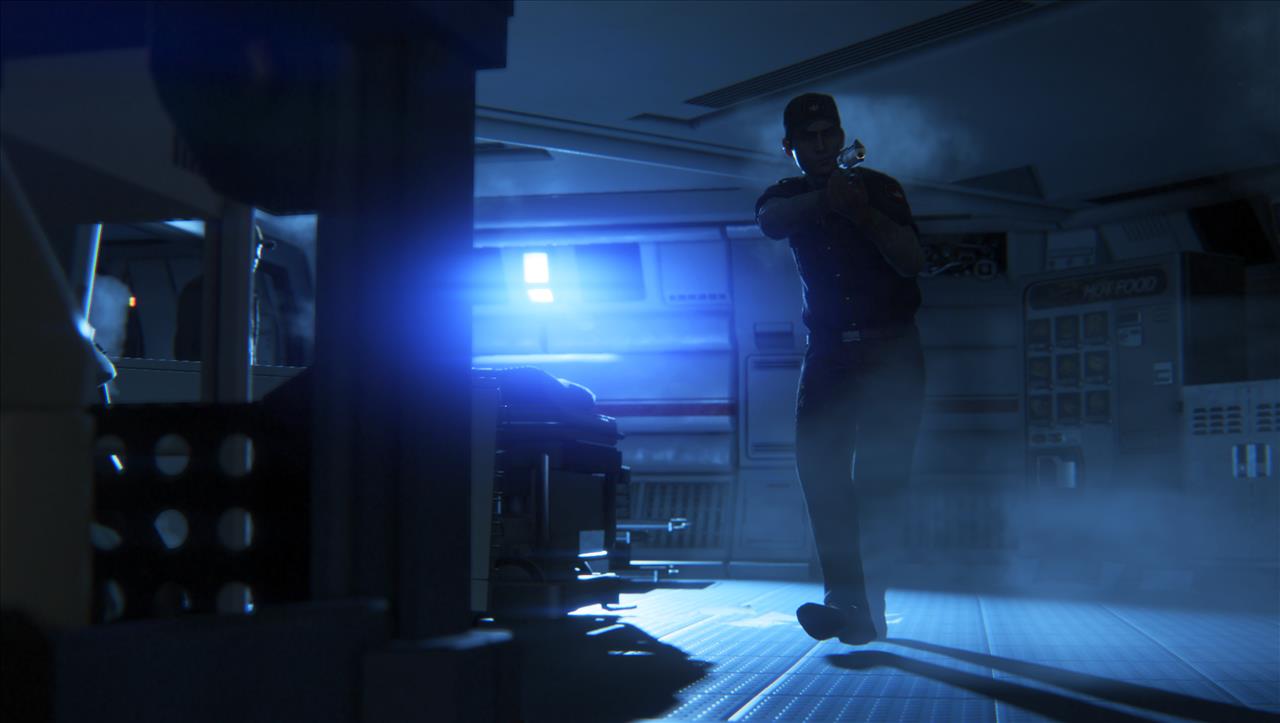 Alien: Isolation is preparing for this year's E3 with a new 20 minute theatre presentation and an exciting new game mode playable on the show floor. Additionally, SEGA revealed a new gameplay trailer and fresh screenshots for the game this morning.

Alien: Isolation is a first-person survival horror game capturing the fear and tension evoked by Ridley Scott's 1979 classic film. Players find themselves in an atmosphere of constant dread and mortal danger as an unpredictable, ruthless Xenomorph is stalking and killing deep in the shadows. Underpowered and underprepared, you must scavenge resources, improvise solutions and use your wits, not just to succeed in your mission, but to simply stay alive.

Alien: Isolation will be available from October 7, 2014, for Xbox One, PlayStation4, Windows PC, Xbox 360 and PlayStation3.