MilitAnt is a new 2.5D shooter from Xibalba Studios.  It's you're standard military action story where one super soldier, who is an ant, saves his colony from a dark alliance between scorpions, wasps, termites, and beetles.  You can check it out on the web (even though there are no spiders) at http://www.militantgame.com/web/ and find out more about Xibalba Studios at http://www.xibalbastudios.com/. 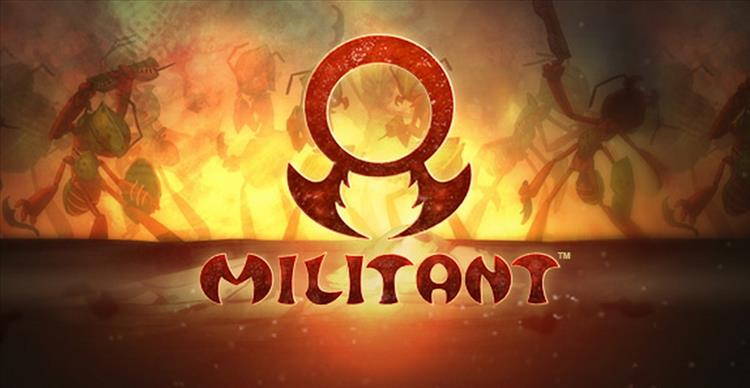 Its first appearance in over a year, MilitAnt is locked and loaded with
a new trailer ready to debut

Electronic Entertainment Expo, Los Angeles - June 9, 2014 - In an insectopian world dominated by nations of sentient, six-legged species, war is under way. With military tensions high and resources in permanent dispute, the other insect empires - Scorpions, Wasps, Termites, and Beetles - have united against the Ants to exterminate the Colony.

However, a lone soldier ant stands above the rest. After awakening to explosions while manning (anting?) a guard tower, he seeks defend his homeland and uncover the truth behind the invasion. Armed with an arsenal of bug-slaughtering blasters, the hero will bring new meaning to the term "fire ant" in the platform-shooter MilitAnt.

Get a taste of the swarm war and check out the new trailer below:
(http://youtu.be/Yf8LTEu36cY)

Developed by Xibalba Studios, MilitAnt is slated to release on PS4, PS3, PS Vita, and PC/Steam in Q1 of 2015. A new downloadable demo and updated assets will be available within the weeks following E3.

With over three years in development, MilitAnt has already received numerous awards, such as the "Best Shooter Award" from the Intel Level Up Game Demo Contest. The game was also selected as a nominee for Game Connection America's "Best Project 2013" award.