Following up a set of bland, waxy screenshots of the Fade, BioWare is now starting a dripfeed of its Dragon Age: Inquisition hero lineup.

We start with Sera, a scrappily dressed waif with terrible bangs and too much eyeliner. If her quote is any indication, she'll be the one judging bad people and informing bad people of how bad they are with her--I don't know, what is that on her back? A sniper-crossbow cannon? That thing looks sufficiently mean. Undoubtedly your Inquisitor will be able to make out with her, provided you finish off enough subjectively identified bad guys.

Dragon Age: Inquisition is coming to PlayStation 3 and 4, Xbox 360 and One, and PC in four months, October 7. 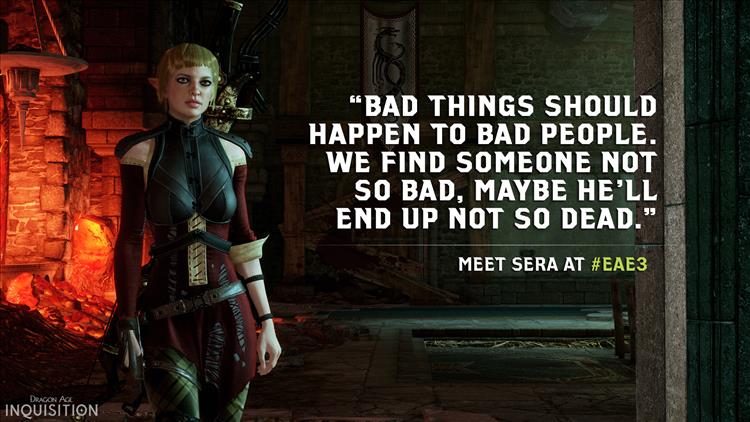