The Kronos update kicked off Tuesday. Subtitled "The Rise of Pirates," Kronos makes it apparent that developer CCP is out for a little blood. Non-player pirates are sailing the sea lanes with more aggressive ships, and player-driven industrials are buffed up with more rugged designs as well. That little combination cuts right into the backbone of EVE Online: its economy.

New ships are always a treat, and the missile-loving Caldari (one of four player factions) added a new frigate, cruiser, and battleship to the mix. Given enough time and training, any player can fly any ship, so mentioning that they're Caldari is only a starting point for backstory and to give players an idea of which race will generally have a head start in flying any particular ship.

Not a bad start to EVE's new update schedule. I expect subsequent updates to reel it in a bit, but who knows. At 11 years old, CCP is seemingly one of the few subscription-based MMOs left that isn't in danger of announcing a free-to-play model. 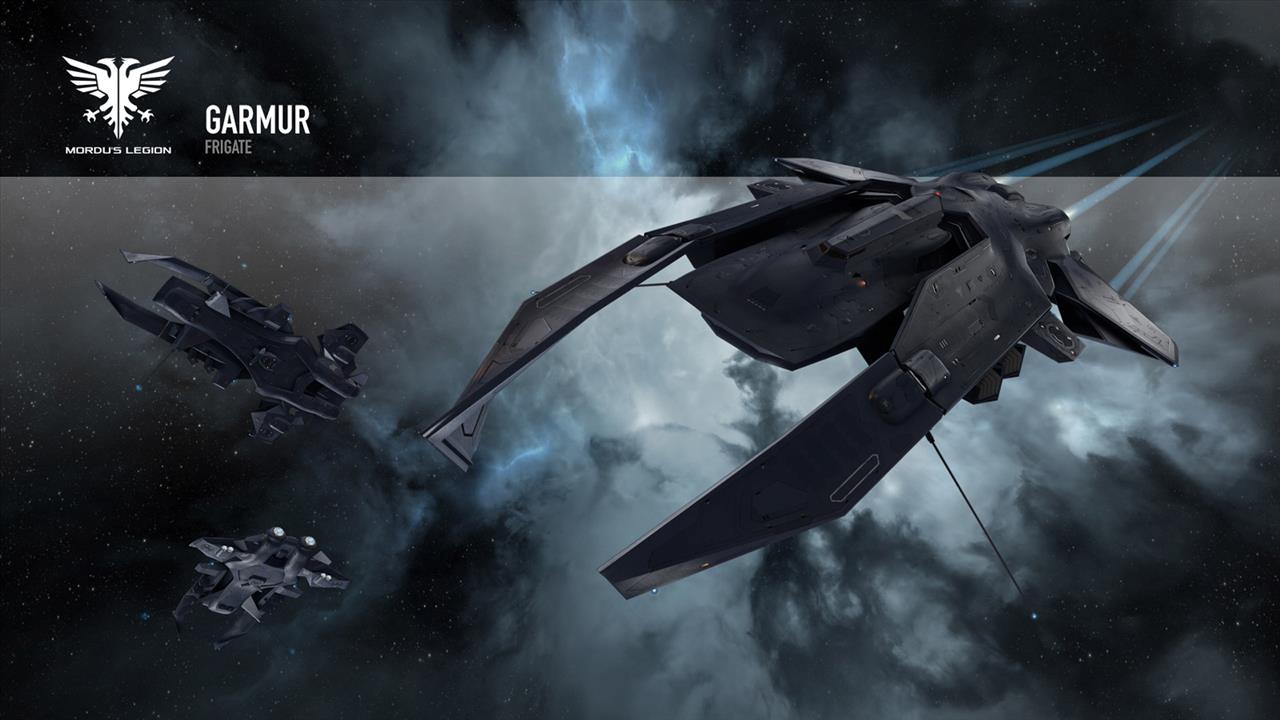 The pirate factions watched closely as you defied Empire mandates, seized control of planetary trade, and took the law into your own hands when their justice system failed you. The control of the Empire factions is now crumbling, and those that once hid in the shadows now seek to challenge your claim to space. It is pilot versus pirate, with the universe as the ultimate prize.

Kronos focuses on the continued decline of the four major empires and celebrates the concurrent rise of pirate factions and player influence across the constellations. It also heralds a change in EVE's development structure, replacing two major expansions per year with up to ten releases. The change allows for more ambitious features, quicker delivery of content and functionality, and provides more frequent updates for players to look forward to.

In Kronos, EVE's legendary space combat will forever change thanks to the new and deadly Mordu's Legion ships, a stealthy mining frigate, and 38 other rebalanced ships and drones. Gorgeous visual changes include reimagined solar flares, warp effects and new ship skins. An entirely customizable soundscape allows players to tailor their own audio experience.

Low-security space sites and dozens of other changes round out Kronos and set the stage for the massive industry features coming in July's Crius release.

An in-depth feature site showing the changes coming to EVE Online in Kronos can be found here: http://community.eveonline.com/releases/kronos

Recent developer blogs detailing Kronos, as well as a few more on the way, are available at http://community.eveonline.com/news/dev-blogs/tag/kronos/

As always, gamers can try EVE for free for 14 days at http://play.eveonline.com or via an active player??s invite for a 21-day trial.