Netherealm Studios revealed the Mortal Kombat X debut trailer yesterday and today there are some sweet deals on Steam for those who haven't played their other two games.

Both editions of the game come with all of the DLC characters and bonus DLC such as the STAR Labs missions and costumes for Injustice.

I'm not sure how long the sale will last for but I would absolutely recommend picking up both of these great fighting games. 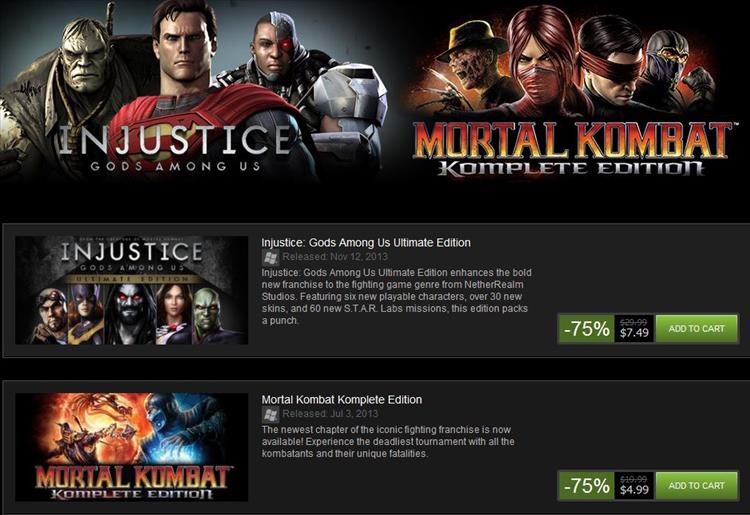