It needs to be said—Dragon Age: Inquisition is some of the fakest-looking fantasy I've seen to date

Nobody's saying it, so I'm just going to have to be the fall guy and say it: The world of Dragon Age: Inquisition looks plastic, waxy, and fraudulent. These backgrounds are mocked up, poorly staged, and unbelievable. Not "unbelievable" in a good high-fantasy way either. This land simply appears to be crafted by dollhouse makers and Photoshoppers. Hyperrealism does nothing for me, so it's not that. It's simply that Inquisition feels less like a fantasy and more like the facade of a fantasy. I don't know what's going on with this game's use of the Frostbite 3 engine, but it's not flattering.

Below are screenshots of The Fade. "The study of the Fade is as old as humankind. For so long as men have dreamed, we have walked its twisting paths, sometimes catching a glimpse of the city at its heart. Always as close as our own thoughts, but impossibly separated from our world."

I still—100 percent—need to get my hands on Dragon Age: Inquisition. But I won't be doing it for the visuals. These phony HD soap opera-looking stages are doing their absolute best to try and dissuade me from playing, but I won't let them chase me off. 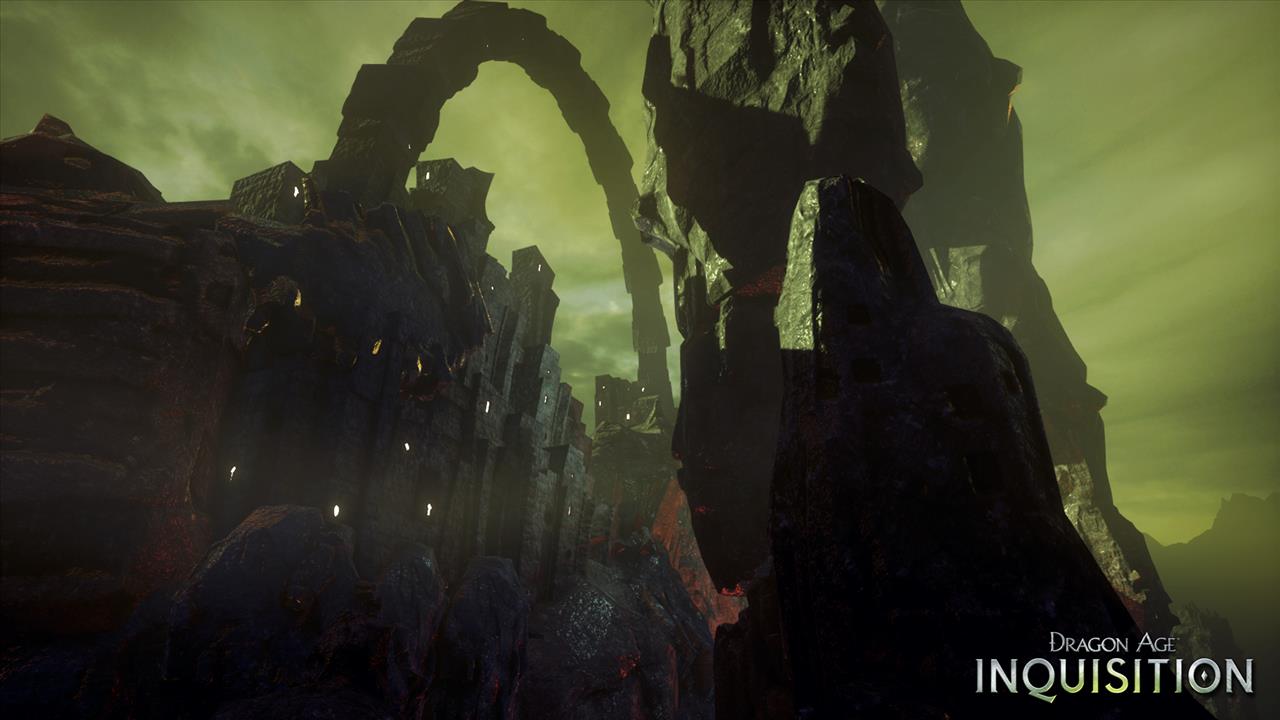