UFC fans can mark June 3 down for the launch of the UFC demo.

UFC fans, your time is almost here.  EA Sports UFC is right around the corner, but if you want an early taste of the MMA title, June 3 is an important date for you, because that is when the demo launches.  The title will be on the next-gen systems only and the demo will launch at the same time on both Playstation 4 and Xbox One.  The official launch of the title itself is June 17 on both systems.  There's no word quite yet on how much will be available in the demo, but expect nothing more than an appetizer to the main course of the game itself. 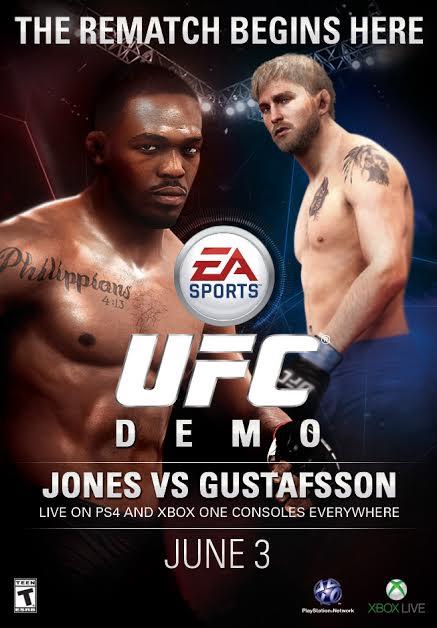