Was a poster for a new Mortal Kombat game leaked?

We all know that Ed Boon has been counting down to something on Twitter and many have speculated that it will be the next installment of the Mortal Kombat fighting game series. Well I believe that the rumors are all but confirmed at this point.

The poster in black and white shows a human spine being shattered, probably referencing Sub Zero's spine rip fatality. The poster also shows the Mortal Kombat dragon logo at the bottom with the tag line "Who's Next?". People weren't sure if the poster were real or fake, but we may have some more evidence suggesting a Mortal Kombat announcement is inevitable. Both Ed Boon's official Twitter and the official Mortal Kombat Facebook page have both been updated with the same logo and tagline found on the poster.

In any case, we should find out soon enough. Ed Boon's countdown ends this Monday on June 2nd. 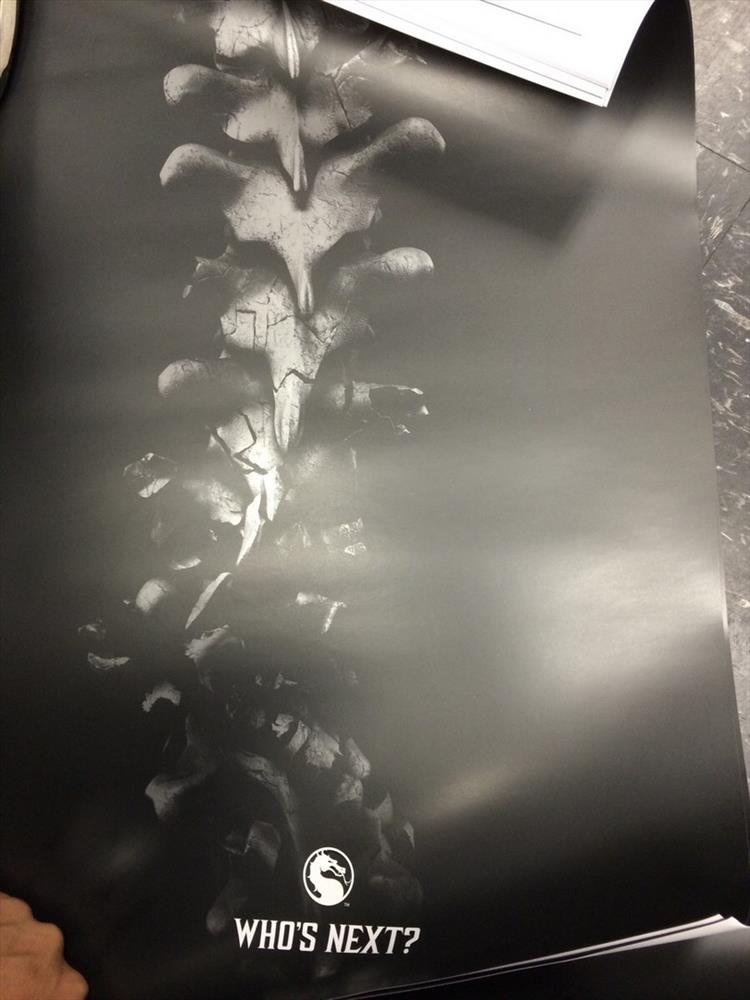