Pentagon to zombies: "Come at me, bro"

The U.S. Strategic Command is part of the Department of Defense. One of Strategic Command's jobs is "global command and control." So, what kind of enemy do they conjur up to train soldiers, sailors, airmen, and Marines for a wide-scale, hostile takeover?

A military exercise known as CONPLAN 8888-11 was designed as a basis for Strategic Command's Crisis Action Planning.

How sweet. It's nice to know that the United States is willing to defend human populations from a zombie apocalypse, even if the outbreak is in "traditional adversary" countries like North Korea and Iran. Is it too soon to throw the Russians back in that pile? I grew up at the end of the Cold War. I've been dying for an excuse to throw Russia back under the bus.

Except in this scenario, I suppose, we'd save the Russians. Sigh.

But why zombies? "[We] realized that training examples for plans must accommodate the political fallout that occurs if the general public mistakenly believes that a fictional training scenario is actually a real plan. Rather than risk such an outcome...we elected to use a completely imposible scenario that could never be mistaken as a real plan."

The plan (which you can read in its entirety here) puts forth a solid outline of offensive and defensive operations to engage when dealing with your run-of-the-mill pathogenic zombies, but also directly assesses threats from radiation zombies, evil magic zombies, space zombies, and weaponized zombies. Oh, and vegetarian zombies "as indicated in the popular game Plants vs. Zombies," the document states.

Also: chicken zombies. "Although it sounds ridiculous, this is actually the only proven class of zombie that actually exists." Well. Today I learned something.

The CONPLAN makes for wonderful reading, especially since these types of documents typically make for very dry discourse.

It's worth noting, however, under a section titled "Areas of Concern," that Strategic Command admits nuclear weapons "are likely to be the most effective weapons against hordes of the undead." Strategic Command's area of operations is, effectively, the entire globe—including U.S. soil—and they turn the keys when it comes to firing off nukes.

I wonder if North Korea and Iran would still be thankful for our help in that case. Ingrates. 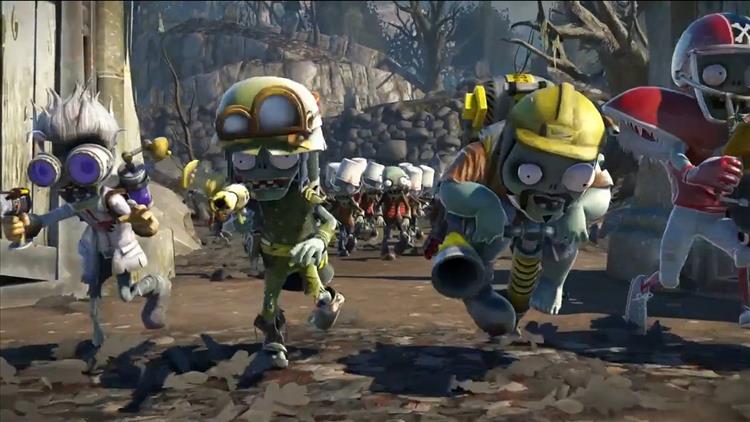