CD Projekt RED, the development studio behind The Witcher series, has revealed a new set of logos for both its studio and The Witcher 3: Wild Hunt. The studio's logo has remained for the most part unchanged since its introduction in 2002, but now that will officially change on May 14 to the new "REDbird" logo.

The new logo is described by CD Projekt RED’s Head of Studio Adam Badowski, "We are rebels and rebels are free. Just like birds. The Northern Cardinal, or REDbird, is what we see ourselves in the industry: intrepid, bold and confident; flying high and aiming even higher. The color, cardinal RED, is something that connects it with another bird, a mythological creature close to our cultural roots and heritage—the Rarog, a small firebird believed to bring luck to people. RED stands for energy, the inner fire that drives us; it represents something very close to everyone here in the studio—the creativity and passion we harness from within ourselves to make the best RPGs in the world."

The new Witcher 3 logo now places greater emphasis on the Wild Hunter secondary title and in particular focuses on the mask of in-game leader general Eredin. The Wild Hunt are described as more than simple bosses found in other games, but a primary part of the game's lore. The developers describe the Wild Hunt as "essential to the whole Witcher universe and in The Witcher 3 it will finally take center stage."

The Witcher 3: Wild Hunt will be available on Xbox One, PlayStation 4, and Windows PC in February 2015. 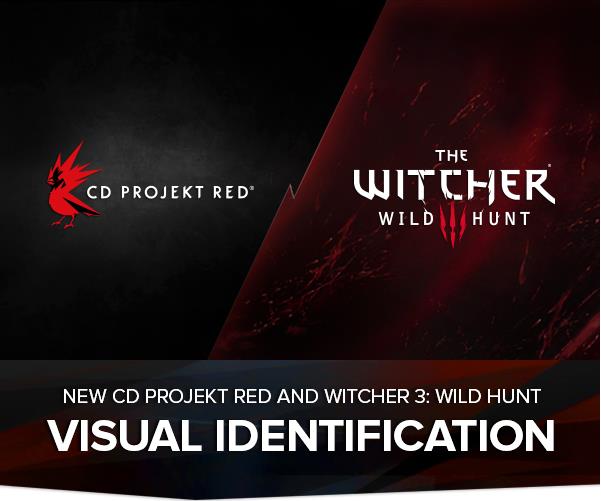