IGN has the first screenshot from the game and from what the developers were saying, this is an actual in game screenshot. The model looks really, really detailed. You can see the small imperfections in the skin and the light reflecting off the various parts of the face.

If this is an actual in game model, then the visuals should be pretty stunning. The big question though is, how will the gameplay be.

Infinity Ward, Sledgehammer Games, and Treyarch are now on a three year cycle to produce Call of Duty games so let's hope the extra time does allow for some better games as the series is starting to get a bit stale for those who have played them for a while now. 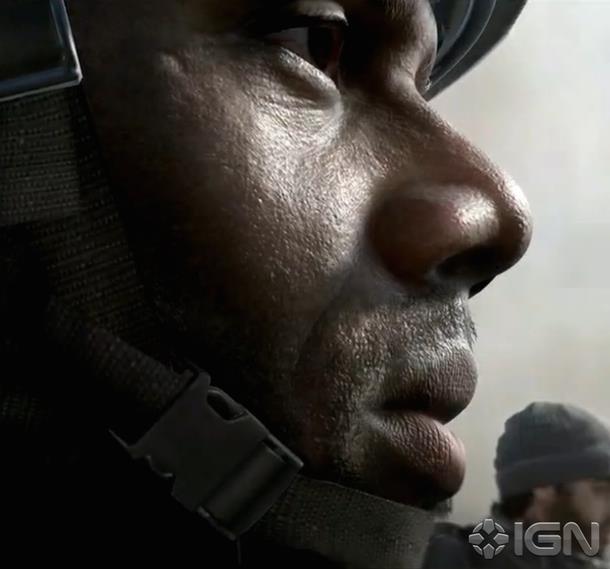