Today Nintendo released their Smash Bros.-centric Nintendo Direct.  Sadly I missed most of it for other gaming-related reasons, but I did catch the end of it which saw the reveal of two new characters: Charizard and Greninja.

While most of what I saw of the Nintendo Direct focused on the currently announced characters, including changes from past games for returning characters and some attack into for the new characters (still can't wait to use Mega Man), those who stayed after the presentation were presented with two more Pokemon joining the battle.  Granted I would have liked to see a fully evolved Grass-type starter from another region to round out the trio of starter types (either Sceptile or Serperior would have been awesome), I have no issues having four Pokemon to choose from, especially since one of them is Lucario. 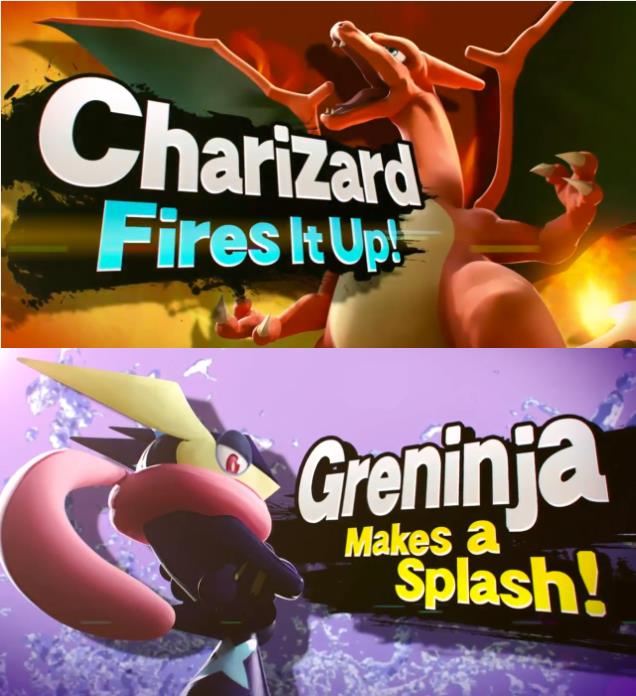