Online multiplayer is sort of, well, too much work for Goat Simulator because it would take a rewrite of much of the game to sync correctly over the Internet because of the physics engine being used. But hey, good news is coming to folks that want to play with another goat friend.

Coffee Stain Studios is releasing a patch in May to offer up split screen multiplayer. While it's not online, you and a friend and sit next to each other and cause havoc with a goat of your choice. I'm sure many laughs will come out of this when playing with someone next to you.

That's not all as a new map, new goats, and new achievements will also be in this free patch. Yes, free.

Goat Simulator's only $10, which you can get on Steam. 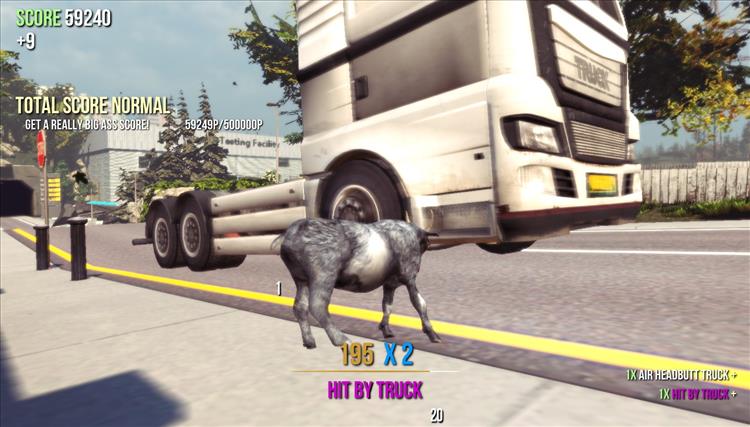