Well this came out of nowhere. Bruce Lee, yes THE Bruce Lee, has been added as a fighter in EA Sports UFC.

The legendary martial artist can be unlocked either by pre-ordering the game or finishing the career mode on pro difficulty or higher. With him unlocked, you can use him in the Flyweight, Bantamweight, Featherweight, and Lightweight divisions.

It seems a little surreal seeing Bruce in the Octagon with UFC gloves on. Bruce's motto was to be like water, move fluidly. Jeet Kune Do, the style he invented, doesn't have a fix position and it's a lot about reacting to the opponent.

Now one has to wonder how he would have done in something like the UFC. His speed and power was legendary. It's too bad we'll never know. 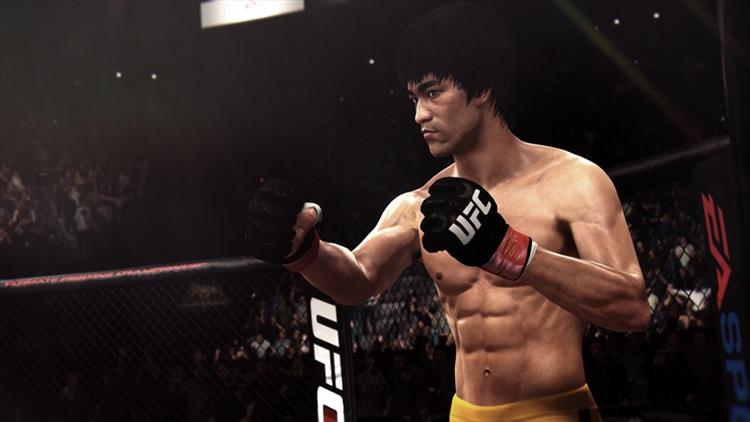